on February 10, 2016
Despite being knocked off the top by Naruto 4, the Vita version of Dragon Quest Builders managed to sell 46,391 copies for a strong second place in the Media Create chart. That takes it close to 225,000 sales in two weeks, and is now 50,000 ahead of the PS4 version.

Minecraft remains in the top 10, now over 650,000 physical sales while a Three Kingdoms-era love tale from Prototype on PSP and Vita creeps into the top 20. 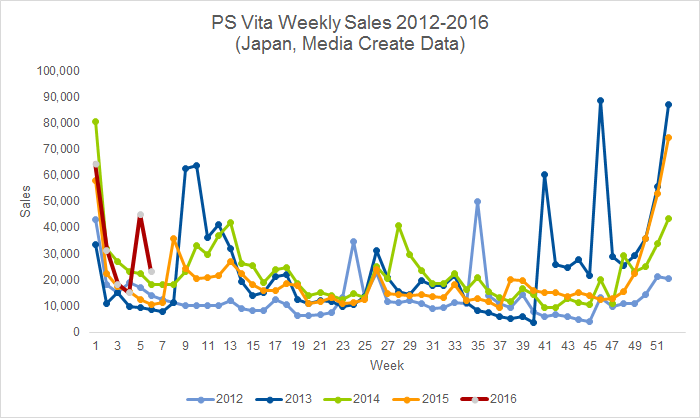 Vita hardware sales remained strong at over 23,000 units, well above the February averages, partly due to the 53 week year, and pacing 3DS sales for the week. Nothing much out this week, but Attack on Titan lumbers into view the following week.