Vita sold a million in Japan over 2015

on January 05, 2016
The Vita just made it over the 1 million line in the last week of Japan's year, according to Media Create sales figures. The Vita sold over 74,000 in the holiday week, outselling the PS4 and around the fourth best week of sales since the handhelds launch in 2011. 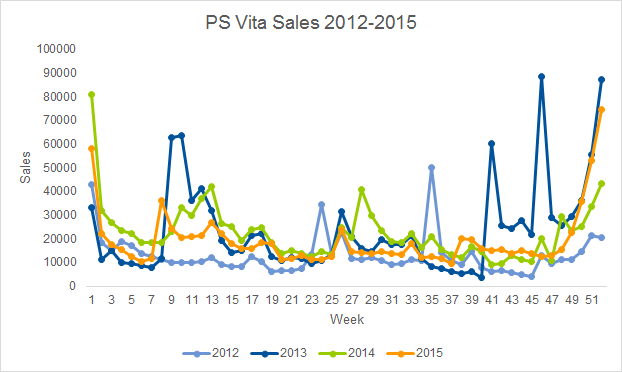 It also outsold all the 3DS models except the new 3DSLL, which managed 1.5 million. As usual, there will be a rapid dive across January, but expect Dragon Quest Builders at the end of the month, and Kan Colle Kai and DoA Extreme 3 in February to help shift big numbers early in the year.

One question, what could should 2016's chart line be?