on December 02, 2015
While Monster Hunter X sells 1.5 million on launch, Japanese Vita gamers will have to make do with Neptunia War vs Sega Hard girls, selling some 100 times less at 15K at No. 6. Criminal Girls 2 also sells 15,000 in at No. 8 on the Media Create chart, while Atelier Sophie and Omega Labyrinth are already vanishing out the chart with just over 30,000 each.

On the hardware side, Vita and Vita TV do get a rise up to 15,400, but the "New 3DS LL" sells over 100K, just like that. Can't see next week's Stein's Gate 0 release doing a huge amount to help. All hope lies on Dragon Quest Builder in January it seems. 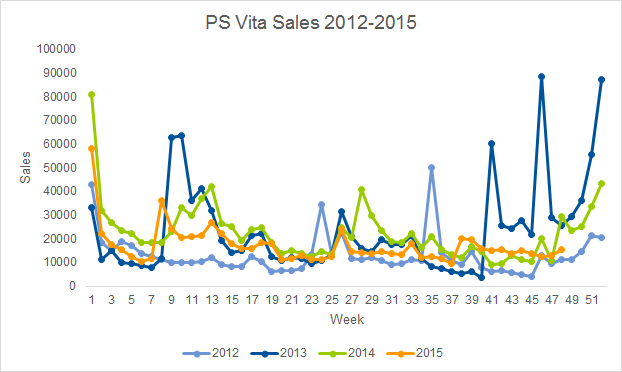