Bandai Europe counting down to a new game, God Eater?

on December 18, 2015
A western Bandai page is counting down to next Monday, with odd messages appearing if you watch the timer for long enough. One was French and mentioned shampoo, another in Spanish! Sometimes some random, distorted, textures appear, which could be from any game, but do have a God Eatery feel to them.

UPDATE: Okay, looks like the countdown has either reset is isn't working, but since Bandai Europe has trademarked God Eater Ressurection, I think we all know where this is heading!

UPDATE 2: Confirmed on the PSN blog, with an announce trailer for the western release of God Eater Resurrection, and God Eater 2, plus Mobile Suit Gundam Extreme Vs-Force - all the mech and monster pummeling action a Vita owner could want, happy Christmas. 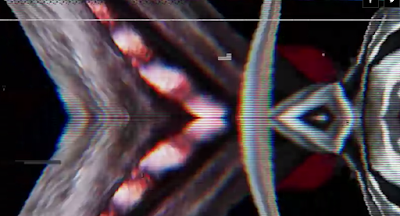 I'm assuming the geometric shapes represent the PlayStation buttons. Another message just popped up, "nous sommes la proie" which translates as "we are the prey!" Yet another is...

...which is "teamwork will help us on the journey" - so definitely sounds like a multiplayer focused title. Feel free to keep watching and comment if you recognise anything - its a bit like the Midnight Channel isn't it!

Someone following the hashtag #mysteriousgames reckon they saw a God Eater MP3 file listed in the source, but it has since been replaced, so who knows! Guess we find out next Monday.
bandai namco God eater new game ps vita sony