Disco cannot be killed! But, those pesky shadows are having a damn good go, with some sort of techno-industrial dirge in their own weird little world. Enter the Persona 4 heroes, set on a quest to rescue an idol group that has been sucked into this grim realm.

Concept albums are hopefully pretty dead, but Dancing All Night plays like one. With endless exposition, nudges and glances from the crew, and taking a five minute verbal guitar solo to explain one simple part of the story - you may really struggle to find, and then enjoy the actual game. (TIP: Use Quick Skip and then Backlog in the options menu to skim read the many boring bits). 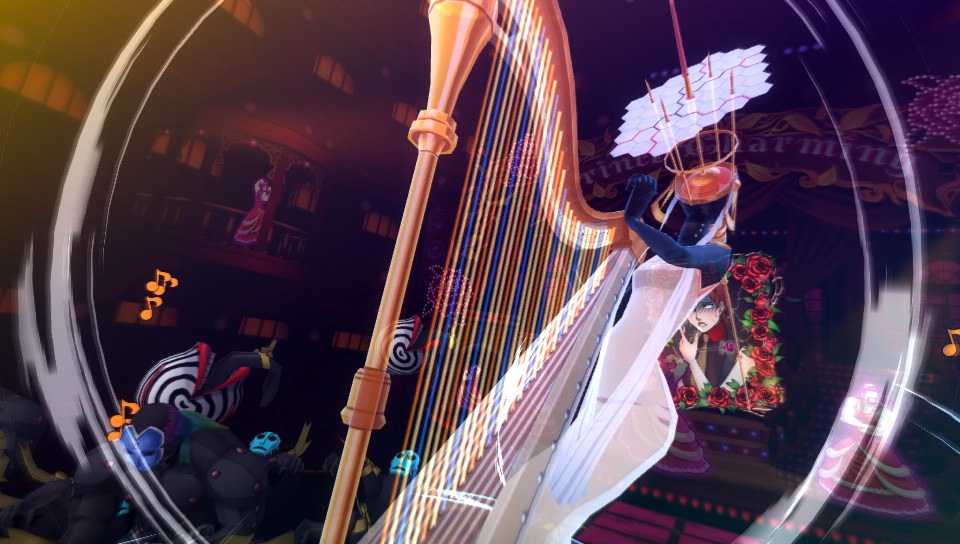 Behind all that fretting and navel gazing, the game itself is dead simple. Your team run Scooby Doo-like into new areas (with tappity footstep sounds) into each zone to play a bunch of songs that move the plot along.

Tap away as the gold stars move through the appropriate button area, hold down the button for long notes, pressing two buttons for linked notes, and swipe a stick for the Fever mode rings. Succeed and your musical Kiss-meets-The-Darkness persona will arrive and slay the shadows with a few choice guitar chords or other instruments. Fail, and there's always next time. 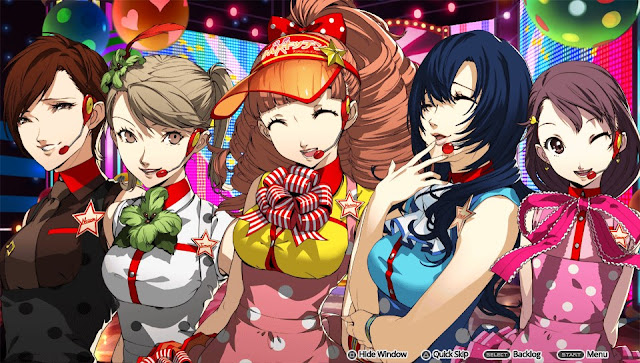 Of course, saying and doing are two different things. For some reason, I started out basically blind to the fever circles and it took lots of practice to concentrate on seeing them. Even if you can see them, moving fingers to the dual sticks at the wrong moment can throw you off your rhythm. I've also heard other people comment that they can't see the gold stars very easily, notably against yellow backgrounds.

Perhaps that's down to the sheer brightness of the game, the characters are devastatingly lurid on screen and the backgrounds vary from glam to complex techno, with regular changes. All of which can make it hard to keep focus. 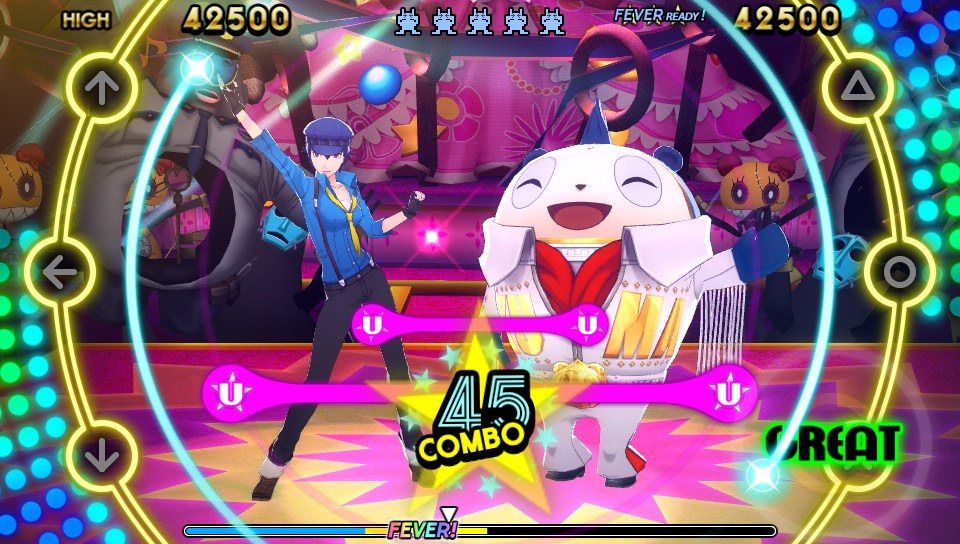 Some practice in the Free Dance mode will help out, but fluffing your presses can mean a fair amount of retrying, to add to all the chat. And then, when you've finished a song, you'll want to have another look via the replay to see your character throwing all their fine dancing shapes, as you had no hope in hell of focusing on that during the gameplay.

As a minor diversion, there are costumes and accessories to unlock and buy with your persona dollars, plus some useful items for the battles. These might keep you playing after the story mode moves to its predictable conclusion, and there's the challenge of the increased difficulty.

Eventually, you can get used to the easy and normal levels, but the higher difficulties are the preserve of true gaming masters. So, yes, it takes a long while to get anywhere. Hopefully you'll love the music from Persona, as all the songs are based on the previous games' OSTs, with a few remixes thrown in to extend them.

The story itself isn't a patch on the core Persona titles, with any bit of drama force-fed into your eyeballs. But the vivid colours and outbreaks of disco make progression tolerable. If you're really in to rhythm action, then waiting for Xonic Superbeat is probably a better bet.