Yet, here I am into the early hours thwacking away at the Vita, trying out the many different characters, trying not to get mashed by the dude who keeps throwing fridges, car doors and phone boxes at my head, and wondering why getting hit by a basketball inflicts such damage - in real life it stings, but is not usually fatal. 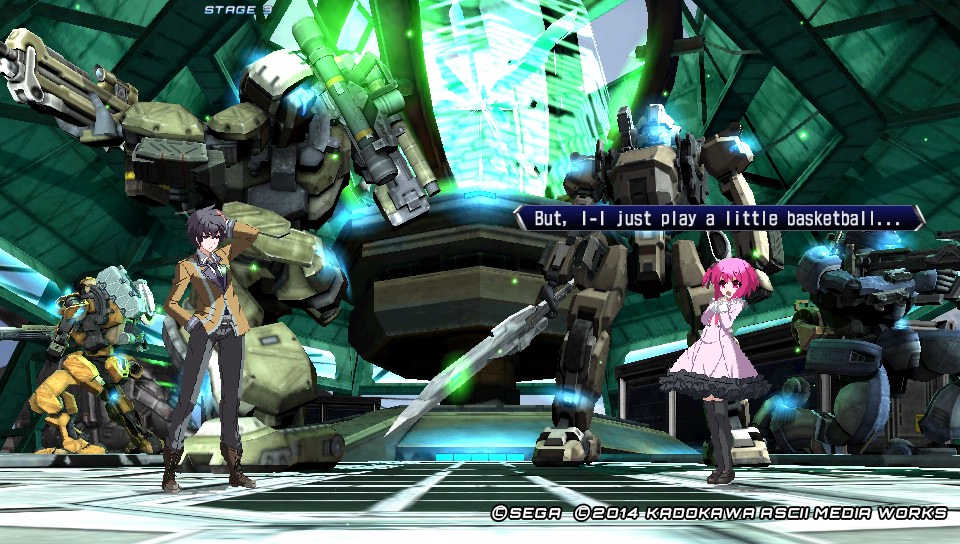 The game is based around a whole load of Dengeki anime properties with characters from Accel World, A Certain Magical Index, Sword Art Online and many others. They're all thrown together in some sort of glorified dream sequence which passes for a plot.

You have to pick a buddy and battle through nine rounds (six in Dream Duel mode) to get the trophy for each character and to unlock some special guests. There's also ranked network mode to test your skills out against others online, plus three challenges (time attack, score mode and survival) and a deeply dull training mode. Even then, it feels pretty light compared to the endless insanity of Injustice Gods Among Us. Perhaps the new Ignition version hitting Japan is more meaty.

Anyway, the game looks gorgeous on the Vita, with brief but bright intro and post-fight scenes to set the "story". As Sega is on publishing duty, lots of its games used as background material from Sonic to Virtua Fighter and PSO2, but they're just set dressing with no surprises (that I've seen) to make you go "wow!"

With Kadokawa, French Bread and Ecole on development duty it could have been a confused mess, seems to have come through unscathed. 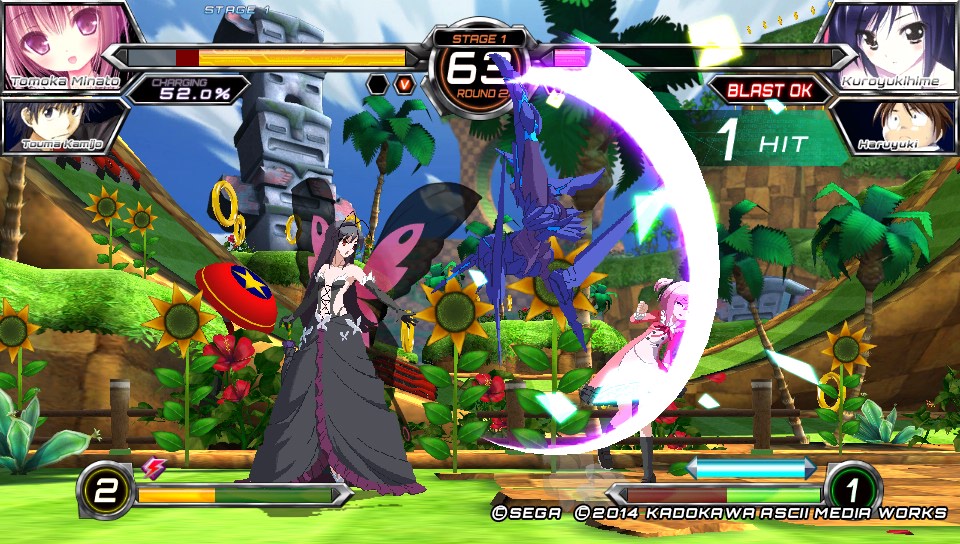 Your buddies appear to be pretty limited, popping out to deal a one shot blast or defending you, but they're certainly not something to rely on at first. Instead you need to Blast and Climax Gauges and use Trump Card attacks to deal major damage. Trump cards boost your attacks or abilities, with other effects called Potentials available if you fight in a certain style or meet a particular condition.

All of that is for the keen brawler to figure out, the rest of us just mash buttons until we win or lose, trying to figure out a strategy for victory and then repeating until it doesn't work. There are a range of tall and short characters in the game, but that doesn't seem to make much tactical difference. While you can unlock some heavier guest characters like Akira, everyone seems pretty weedy, which seems wrong for a fighting game. 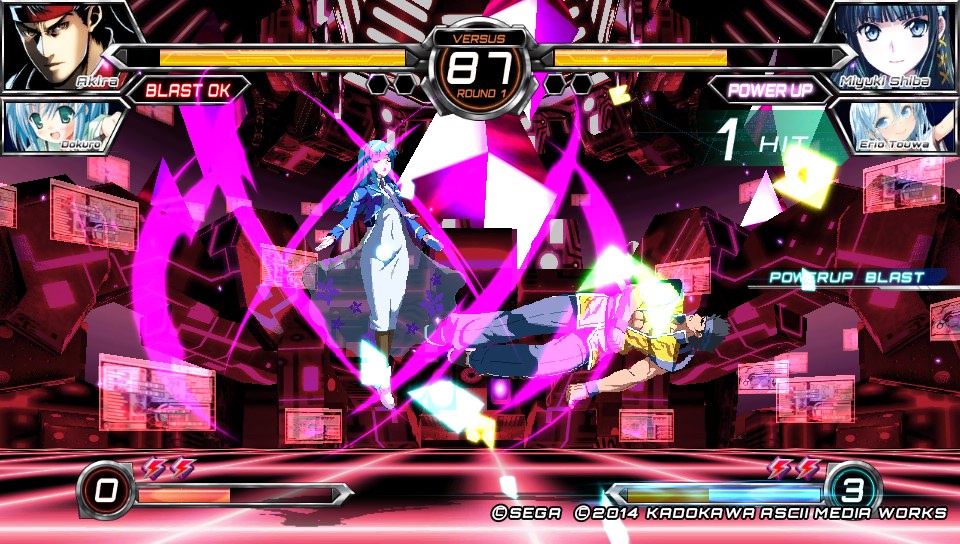 But, none of that stops Fighting Climax from being good fun, with the mad range of odd weapons the characters pull out. Finding out the hard way what everyone's super moves are, and how assists can really help is a good challenge, so you can figure out to better play the game.

It nudges you along to proficiency with a simple attack system (light, medium, heavy) and easy to master combos. And, for completionists, there are icons, plates, character colours and other goodies to buy with the credits you earn from winning.

So, you don't have to be heavily into the characters to enjoy the game. You don't have to be a fighting master to get to grips with it, and you can pick it up and play in intense short bursts, which makes it an ideal portable title. So, even after having hated most of the trailers, and not really having a vested interest in the characters, I can still see this being whipped out regularly for a quick bout, definitely something getting hands on with, if you can.