on July 22, 2015
We're into the summer slump now with not much happening on the Media Create chart, and Vita sales drifting gently lower again. However, looking at the bigger picture, comparing the sales so far over this year and the last two years, the Vita is already 200,000 sales down on 2014, and 50,000 down on 2013's numbers.

Nothing seems to have moved the Vita since the last God Eater, and while there's another one on the way, most titles seem mildly popular at best. Will Sony Japan try and pull out an ace for the Vita at Tokyo Game Show, or will it follow its western counterparts and let it drift to focus on PS4? 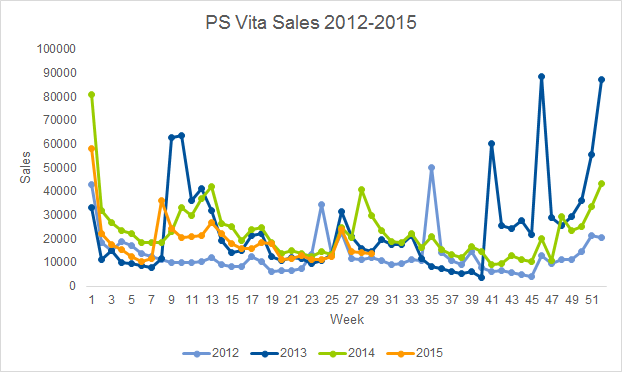