on July 15, 2015
There's a whole load of GE Resurrection news hitting Japan today, with a feature in the print issue of Famitsu, scans likely to appear later.

There's also a trailer on Nico Nico (the world's worst video service) a quick glimpse of the action and characters, but nothing to get too excited about. Okay, found a better version on Bandai's YouTube page.

The game is an expanded remake of the PSP's God Eater Burst, hitting PS4 and PS Vita later this year. 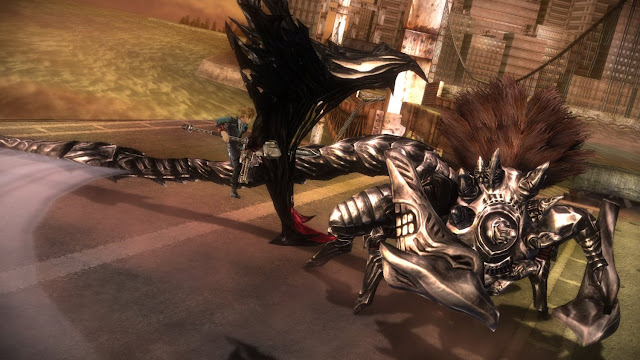