on June 08, 2015
There's been more interest in Steins;Gate than most games of late, so it is no surprise that the title, with a decent marketing effort by PQube including a range of limited editions, has managed to make a dent in the UK retail all formats chart, landing at No. 18. Check out my review and go grab a copy. 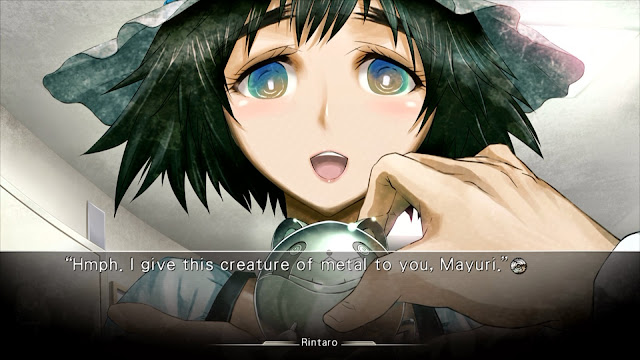 Sure a few copies may have been sold on PS3, but the Vita version is the lead selling format, making it to No. 28 in the individual formats chart, the first Vita game there this year. I mean, who would want to spend 20+ hours time staring at a rarely changing big-screen when visual novels are the ideal portable medium?

Add in all the digital sales and I hope it has been worth the effort for PQube, and that more titles will follow. Sales may have been helped a little by lots of Americans importing the game, due to delays over there. If you're wondering what all the fuss is about, there's a launch trailer here.

Naturally, Steins;Gate roars into No. 1 on the Vita chart deposing the long-standing Minecraft. NIS America's Operation Abyss also lands on the Vita chart, but perhaps not as well as expected, given the success of Demon Gaze. I haven't seen any marketing for this, and I'm struggling to get going on the review, and have only seen one other published, so perhaps this will have to be a long tail game.