on June 24, 2015
What have you done, Experience? What have you done? Demon Gaze was a near-perfect old school RPG. Fun, lightly entertaining and eminently playable, it was a great piece of portable role playing.

Using the same engine, Operation Abyss instantly feels laden down with crud, making it hard to find that joy and fun feeling. From the very first missions, as the Xth Squad, a bumbling bunch of student psi-tech sleuths, you wander out into a Tokyo infested by monsters, with portals leading to the bodies of missing students. 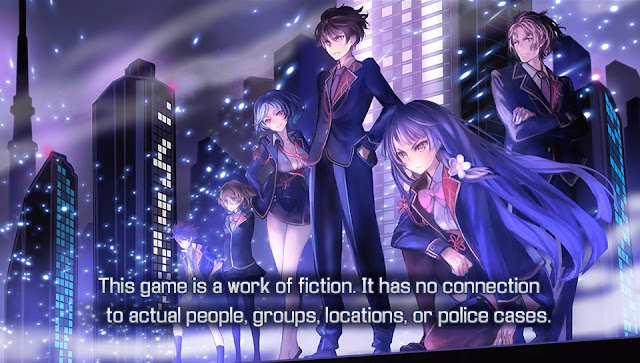 Battling takes place in a the traditional RPG style, against creatures called "variants" to make them sound a bit more sci-fi. That would be fine, but at every step there's a new "trick" which might be a feature, but is so annoying, dents in your wall or Vita are likely.

Firstly, you end up in repeated 'continuous encounter' battles, even in the early levels which eat up time you'd rather spend adventuring and learning. At least you can just hold X down to speed through most of them, but its still a massive pain. 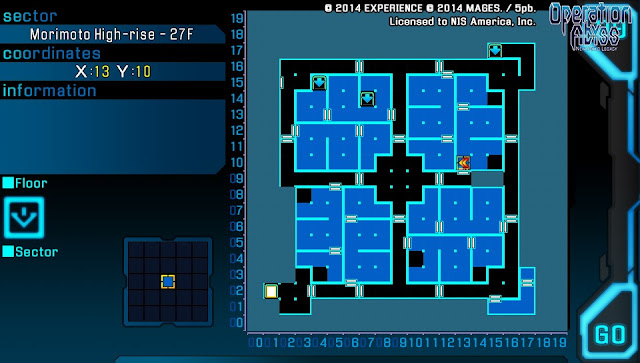 Then there's Code chips that you find after most battles, these are often booby trapped and there's a short but annoying sequence you have to go through to unlock them. Once unlocked, you get some goodies in your inventory, but it rapidly fills up with junk items, that you have to identify to get rid of, back at base unless you want to knacker out the team's identifier. 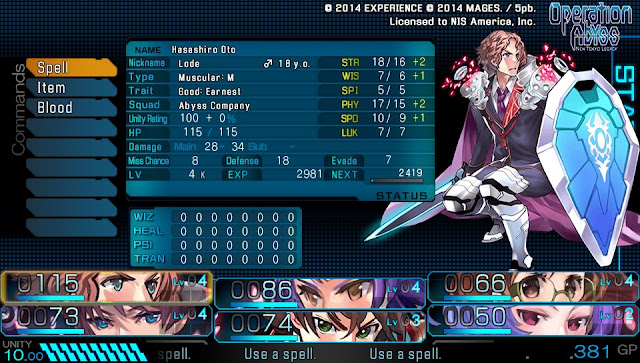 This all takes time, and wastes both money and space. Every addition to game seems to annoy rather than add enjoyment. You can't even level up naturally, you have to go back home and sit on a space toilet to do that!

Especially annoying is having to run back to recharge your back-row mages very frequently at the start - would it have hurt to put one mana well (or whatever sci-fi name they wanted to give it) at the start of most levels? That is evened out slightly by Unity Attacks, usable when the power guage fills up. 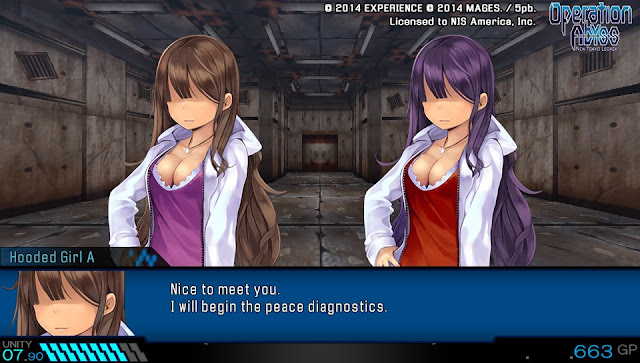 Back at the start, for the RPG die-hards there's the opportunity to craft your own characters. You might as well, as the stock players are so generic and bland, that even the titter-ye-not crew in Demon Gaze seem like Shakespeare's finest work.

As your team ranks up in experience, they can acquire new Blood skills, but these are your basic RPG skills by another name. Back at base your can craft and upgrade your weapons and armour, but unless you're looking for a really specialist character it doesn't seem to make much difference. And, the interface is cramped, messy, with no touch controls or any effort to make it Vita friendly.

Back out in the high-rise, subway and sewer dungeons, the plot bumbles along with no coherence or gripping narrative, your party just goes here and there for little real reason, with a bit of grinding if you come to a tough spot. You come across the odd key character who will expand the plot or send you somewhere new, but despite my high hopes, there is very little to believe in this game, or enough charm to keep you playing.