on June 03, 2015
Does Sony have no shame? Here's another gameless Vita limited edition, tying in with the launch of Square Enix's Final Fantasy 14: Heavensward, a game that will only launch on PS4, PS3 and PC. They're out in a couple of weeks on the Japanese PS store.

Sure the Vita TV and Vita console have some nice little decals on them, and they come with a downloadable theme, but without the game to play (ignoring Remote Play, cough!) what's the damn point? They follow on the equally pretty but pointless Yakuza 0 limited editions. 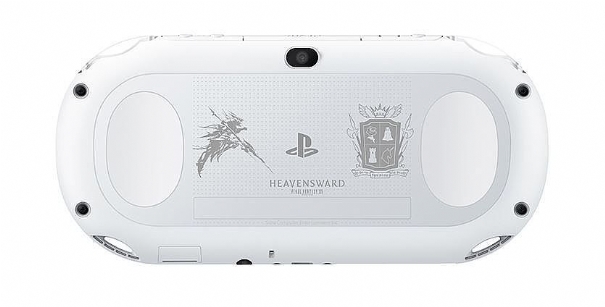 For reference, this is the 43rd model of Vita to go on sale in Japan, I count that Europe has managed just three. Black PS Vita 1000 launch, White Assassin's Creed: Liberation, Black PS Vita 2000, excluding all the software megpack bundles. And Sony wonders what the problem is?

Incidentally, Square has also announced Final Fantasy Type-0 HD is now coming to PC. Is anyone else wondering if Square will try to make up for last year's E3 farce and pull a Vita version out of the hat too?
final fantasy 14 heavensward ps vita sony square enix