on May 08, 2015
Not much, as Japan prepared for its big spring holiday, up a couple of thousand according to the latest Media Create sales, showing how bad things have got generally, considering Golden Week used to send sales soaring. On the software, Minecraft remains the leading selling Vita game, shifting another 16,000 copies (up 4,000 on last week). Next week's figures might improve more, but after that we're into the spring/summer slump! 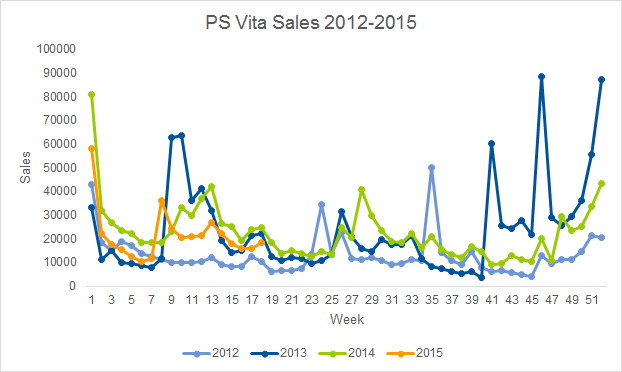 Not far behind Minecraft is ToHeart2 Dungeon Travellers from 5bp and Aquaplus, but its quite a poor showing by Operation Babel (Operation Abyss in the west, coming soon) selling only 8,100 copies. Guess it won't match the highs of Demon Gaze, which means that the developers had better get a move on with that DG sequel.