Steins;Gate gets a character trailer

on May 20, 2015
Meet the people who inhabit the crazy world of Steins;Gate. The highly-lauded visual novel tale of time travel hits the Vita in early June in Europe. It features an unlikely bunch of nerdy heroes and rogues. The 5b and nitroplus game, published by PQube, has pre-orders for limited editions at Game (with an art book) and Rice Digital (with a metal robo-gonk), with the basic edition on Amazon UK. 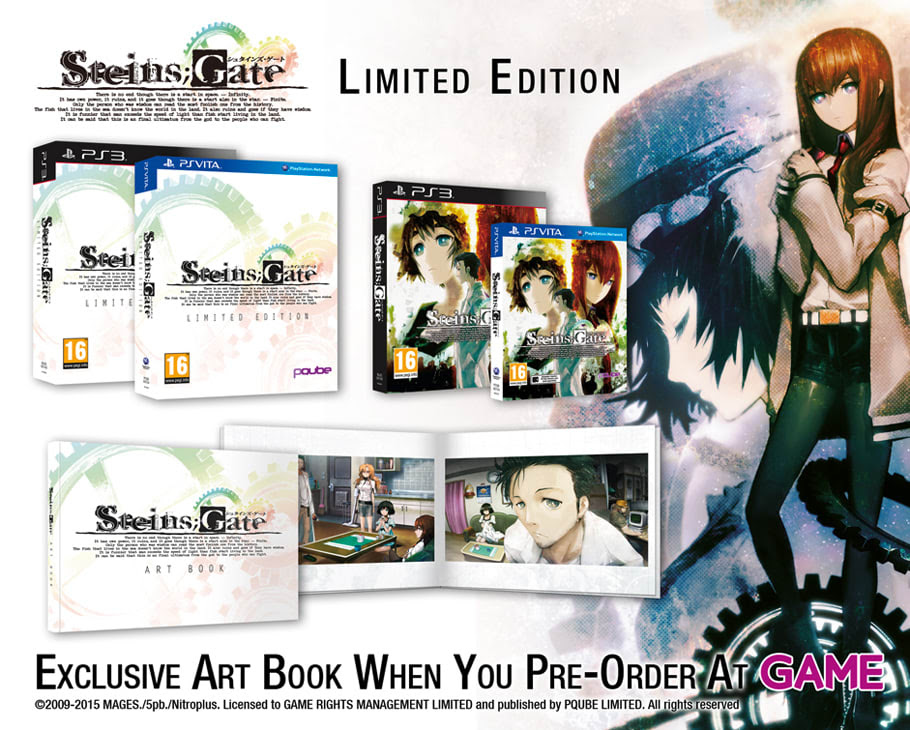 Okabe Rintaro Eccentric, self proclaimed mad scientist and founder of the ‘Future Gadget Lab’ – a small group of friends who have an ambition of overthrowing the rule of the world. 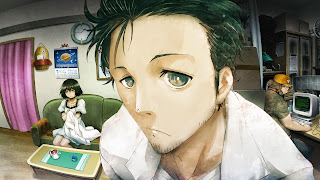 Mayuri Shiina Okabe’s long-time friend, Mayuri enjoys creating cosplays and works part time at a maid café. She is always cheerful and positive – greeting everyone with a friendly ‘tuturu!’ 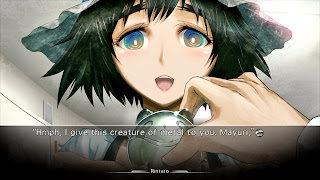 Itaru Hashida An experienced computer programmer, super-hacker and Otaku, his affection for Faris can often lead him say crude and inappropriate things out loud.

Makise Kurisu An extremely talented neuroscience researcher at an American University, Kurisu is drawn into Okabe’s world because of her scepticism of his experiments. 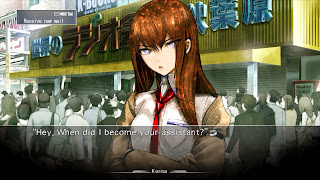 Faris Nyannyan The most popular waitress at the Maid Café ‘Mayqueen Nyannyan’ and a mean RaiNET player, she is very much the object of Itaru’s affection. 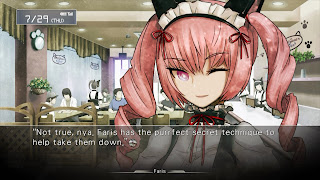 Moeka Kiryu A mysterious and shy young woman, Moeka rarely speaks – instead preferring to communicate through text messages, even if her friends are in the same room. 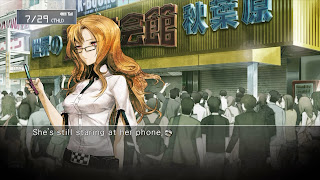 Suzuha Amane Athletic part-time assistant at the workshop belonging to Okabe’s Landlord, Suzuha has a keen interest in Okabe’s work. She enjoys riding her bicycle.

Luka Urishibara Shy and feminine, Luka is often mistaken for a girl. As a result he is incredibly self conscious and unsure of his true feelings.