on May 20, 2015
The Vita has a stack of demanding twitch games for us to enjoy, but Race the Sun from Flippfly at least adds a new perspective to the endless runners and xVania games out there. Built in Unity and cast with a chrome sheen, your solar-powered glider simply has to keep up with the setting sun, nothing else matters.

You can do that either by plotting a true-as-possible course through the mazes, mountains, traffic and other obstacles across the three worlds (and the bonus Void). Or, you can weave in between them to collect tokens and power-ups, always risking a sideswipe with an object that will slow you down, or a full-frontal impact that will leave you as putty on the landscape. 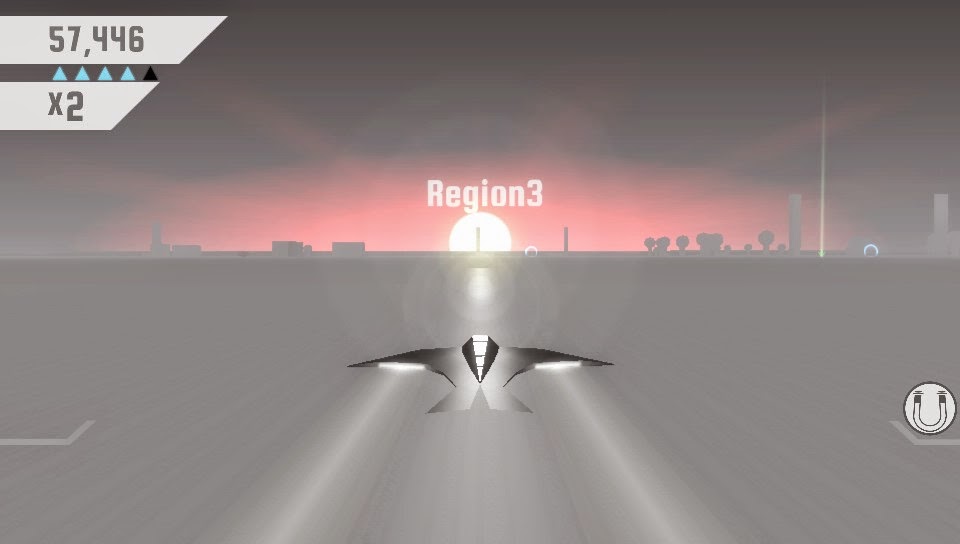 To add some variety, the map changes every 24 hours, so you have just enough time to master a set of levels, before it all shuffles around. You can complete the many sub-missions the game has to offer, "crash x times," "collect x things," or "travel so far" and you can get extra slots for power-ups, decals for your ship or other goodies. But, with the purity of gameplay, with a semi-Arabic-sounding trance soundtrack, and that early arcade feel to the scenes, you really only focus on the road ahead while calculating the risk of deviating from your flightplan to grab a power up. 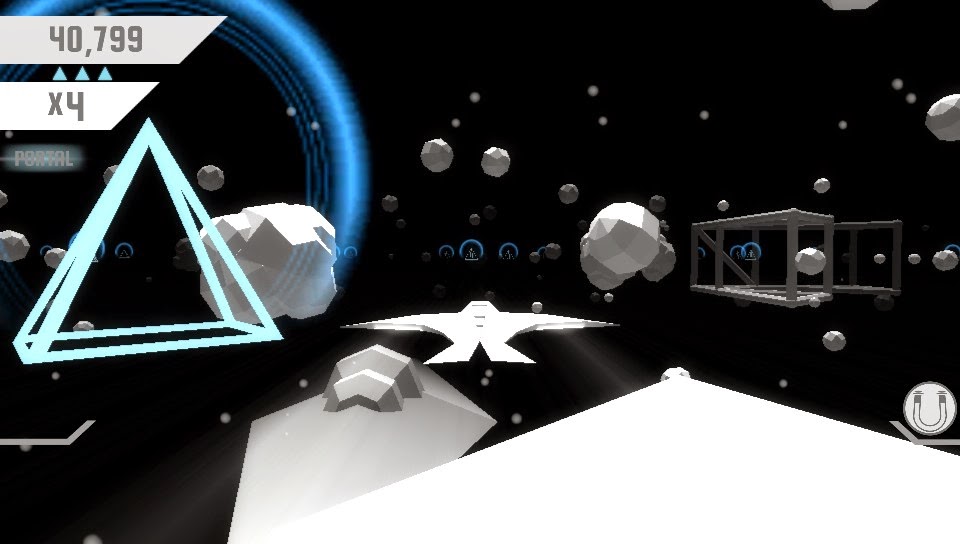 Race the Sun isn't quite perfect, with very slow world loading times, the ability to roll the ship seems a bit random, sometimes the sound cuts out or isn't patched together quite right, and the menus and loading screens are horribly basic.

The biggest issue is a not-quite-total confidence in the controls, meaning what you thought should be a twitch left and right to dodge through a couple of small gaps might end up with you slamming into a wall. That might be by design, but I was left quite a few times with the feeling I'd been robbed. But, there's also Labyrinth and Apocalypse modes to offer slightly different challenges and extend the life of the game.

All in all, that makes Race the Sun just as gripping in its own way as Spelunky, Flame Over and Jetpack Joyride, with each region adding a new level of complexity. Kudos goes to the developers for acknowledging their Kickstarter backers in such a cool way on the credits. As I read it, sales were slow for the PC original, hopefully the developers have found better support from the PlayStation community across Vita, PS3 and PS4, and their next project may grace the Vita's screen.