on May 19, 2015
The jangly guitar, the squeaky voices - yes, its another adventure into the world of Neptunia to rescue the console CPU girls from their latest drama. This time, journalists (spit!) are invading the land and trying to get exclusive stories about their adventures. So far, so squeaky! 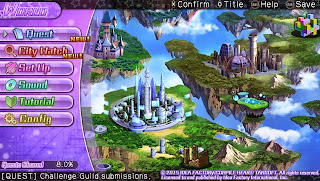 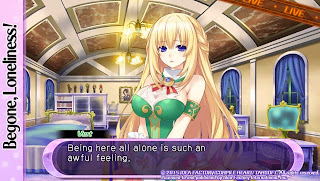 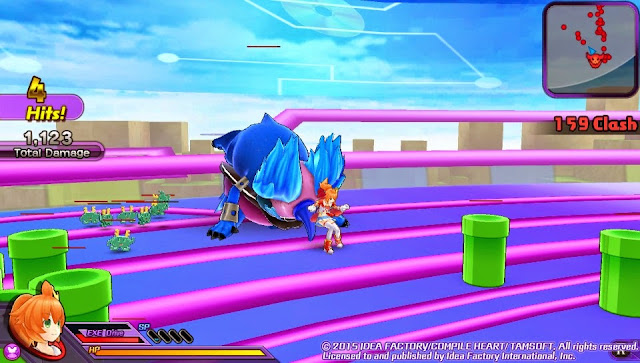 Yet, in a twist from the previous turn-based games, most of which I found so annoying as to be instant deletes, this one offers real-time enemy smiting action in the vein of Pirate Warriors or Dynasty Warriors. For each mission you need to move from area to area, or sit in one location and bash the bejeezus out of anything that comes near. It is highly repetitive, but fun, and the crystal clear, primary colour visuals really pop off the OLED screen. 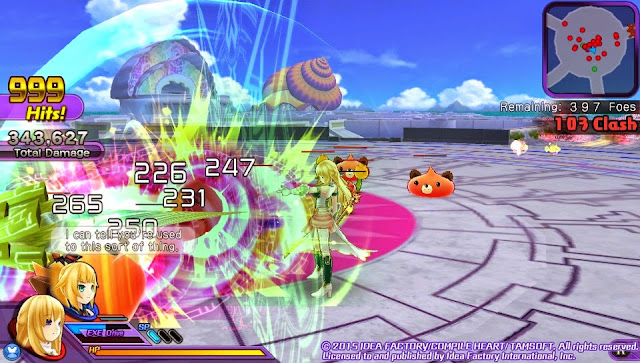 Npetunia U is still quest-based, so there's the usual bit of banter around each mission, but its clear to see what level missions you should take and which ones to avoid, until the girls have leveled up a bit. With the hordes of cookie cutter enemies all over the screen, it can be hard to see what you're hitting and what's hitting you. Sometimes, the girls clothes fall off, which means its time to switch characters. (I can't believe I just wrote that) and as you hit more creatures, your EXE and special move gauges fill, allow you to deploy the big stick actions. 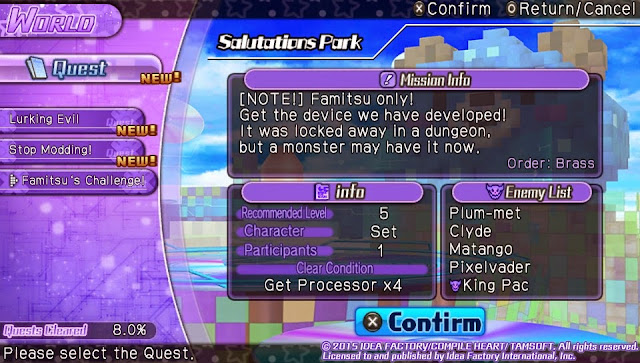 While it looks good, some missions require whipping literally hundreds of the pests into oblivion, or taking down a mildly-threatening boss with a million whacks, which can't be fun for anyone. Most missions take two of the girls and their neophytes into action, so you can mix up battle styles and combos to vary things, but its really just chop, chop, chop. Regardless of ranged weapon or melee, weak or strong attack, 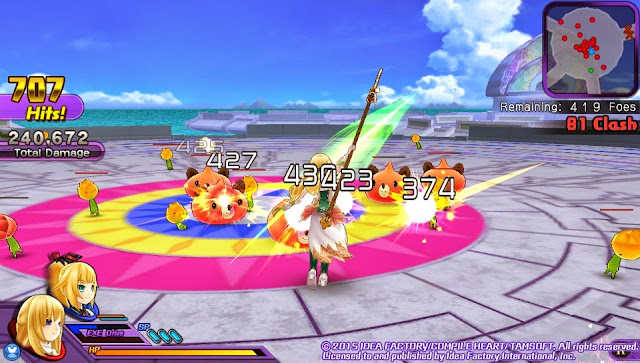 Between missions, you can explore the city and meet the girls, with a host of scenes to move the plot along, they also open up more quests! With plenty of quests, the game moves along at a fair old pace, and the vibrance and happy tone of the game makes it easy to keep going despite the repetition and lack of character development. Besides, how can complain about hitting a space invader with a lobster over and over? 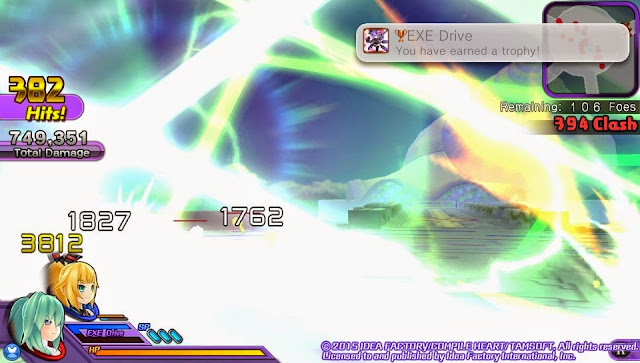 It really is hard not like Nep U, despite the shallow gameplay and story. I really have no idea what most missions were about, most just end collecting a chest or hitting the right kill number. However, going along for the ride seems to be part of the fun. There are some issues, the enemy life bars are hard to see in the throng, and you can spend some time hitting a dead beastie that was just waiting for its vanishing animation to trigger.

If you're into the deeper core of the Neptunia universe them I'm sure you'll giggle at every twist and turn and knowing wink from a character. For the rest of us, its prettified clobberin' time, which is no bad thing. overall.