on May 01, 2015
With Disney Infinity 2.0 hitting the Vita later this month, there's every reason to hope that we could be in line for some of the fun of the 3.0 version. Disney has pulled a few leaks about the game, but this looks like a pretty solid product shot showing off some of the Clone Wars crew.

UPDATE: Infinity 3.0 has been officially announced for PS3 and PS4 with no sign of a Vita version on the PSN Blog. Given that 2.0 is coming so late on the Vita, that may mean they're just not announced 3.0 yet - or due to that delay the Vita gets shafted of any cool Star Wars content.

Guess we'll only find out when there's an official announcement, but for now the rumours list Tron as another source of characters for this set. 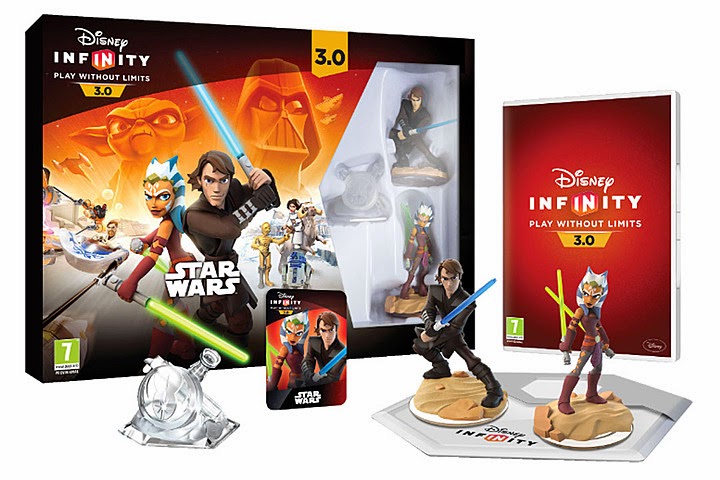