on April 13, 2015
Infinite State has been teasing some pics from its upcoming PS Vita and PS4 game Wing Kings, bringing a roguelike feel to a WWII-esque combat title. Even from one pic, it certainly has appeal, even though I have no idea what happens beyond this spot of bombing around.

The team brought 'Don't Die, Mr Robot' to the Vita has a Facebook page for the game where I guess we'll find some more hints as to the deeper strategy behind the a ction. There's also a very fetching piece of character art up there to take a look at. 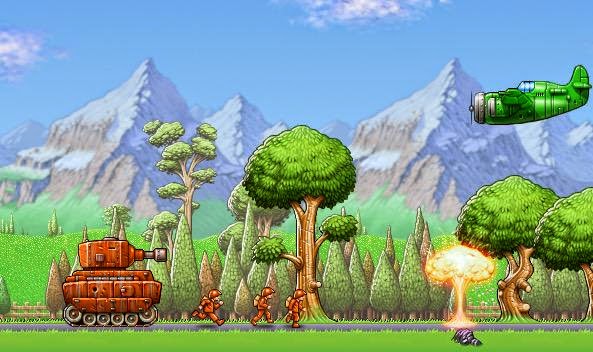