Vita devs get more memory, but how will they use it?

on April 13, 2015
According to a slide shown off at a Tokyo Unity Developer event, the recent Vita 3.50 firmware update had a positive side effect for the system. While most of us moaned about losing features, it turns out that the change frees up some extra 30% system RAM for games to use, (when coded in Unity at least, possibly generally).

Now, if Sony had bothered to mention that at the time, I'm sure we wouldn't have minded the trade off. Of course, the change only creates more questions, rather than solves any issues straight away: 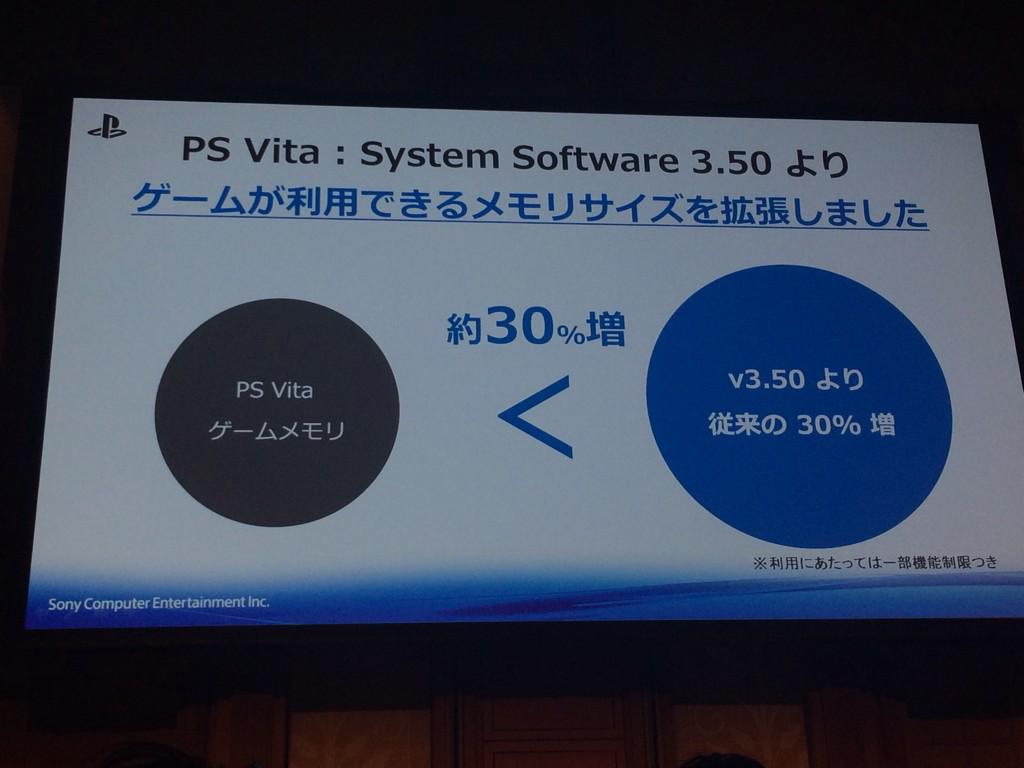 What else do you think could benefit from the change. Guess it won't change the developer landscape in the west one bit, but indies could now port more games with less restrictions and optimisation needed. Any developers care to weigh in?

The PSP got a sort of similar mid-life upgrade with Sony unlocking some extra CPU power, I don't recall many games that clearly took advantage of it, so I'm not expecting wonders.
firmware 3.50 more memory ps vita sony unity update vita developers