on March 17, 2015
For PS4 owners only at first, but rolling out to others soon, PlayStation Now will finally start making roads into Europe with a UK test. There's a sign-up page here, and Vita owners will hopefully get to join in to be considered for the later stages of the test (assuming Sony hasn't totally forgotten us - note the "may" and many asterisks).

**PS Now private beta trial will be available on PS4 only. In the future we hope to bring PS Now to other devices including PS3, PS Vita and other devices. 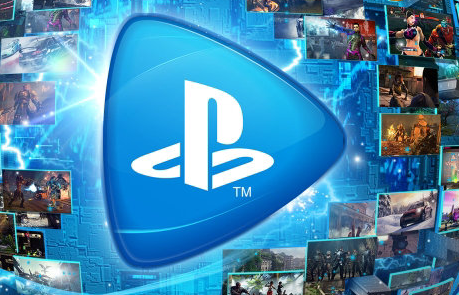 I'll leave the rest to Sony's PR garbage machine... PS Now will deliver blockbuster and critically acclaimed PlayStation 3 games streamed via the cloud; giving more people the opportunity to experience the world of PlayStation. During the private beta, the PS Now service will be available to select participants in the UK on PS4 only and will be free of charge during the initial stage of the private beta.

PS Now will put epic adventures, iconic characters and incredible PS3 games at the players' fingertips, allowing them to play immediately without needing to wait for downloads, updates or installs or make a trip to the shops. Once the service launches fully, games will be streamed at a low rental cost, initially to PS4 and later to other PS Now compatible devices. All the player will require is a DUALSHOCK wireless controller and a broadband internet connection (minimum 5mbps recommended).

During the private beta there will be a wide selection of games covering a wide range of genres available from SCE Worldwide Studios and the industry's best software developers and publishers. These will include for example, Uncharted 2: Among Thieves, The Last of Us and God of War Ascension, Rayman Legends (Ubisoft), Far Cry 3: Blood Dragon (Ubisoft), Saints Row: The Third - The Full Package (Koch Media), Just Cause 2 (Square Enix), The Walking Dead (Telltale) and Dirt 3 (Codemasters).

SCEE will continually evolve the PS Now service by expanding the library of titles, enhancing features, and broadening the range of compatible devices.