on February 05, 2015
So there I was playing a cutesy RPG, ignoring the obvious question like why are a bunch of girly prisoners armed to the teeth. Still, they (Kisaragi, Alice, Sako and Ran) were pummelling some slugs, hogs, ravens and other low-end prison dungeon slime, under my expert guidance. Sure, I was getting slapped about a bit by Miu, the rude commandant, as we learned about the mission to guide these young ladies along the right path, and escape the hell/prison that was spiralling out of control. 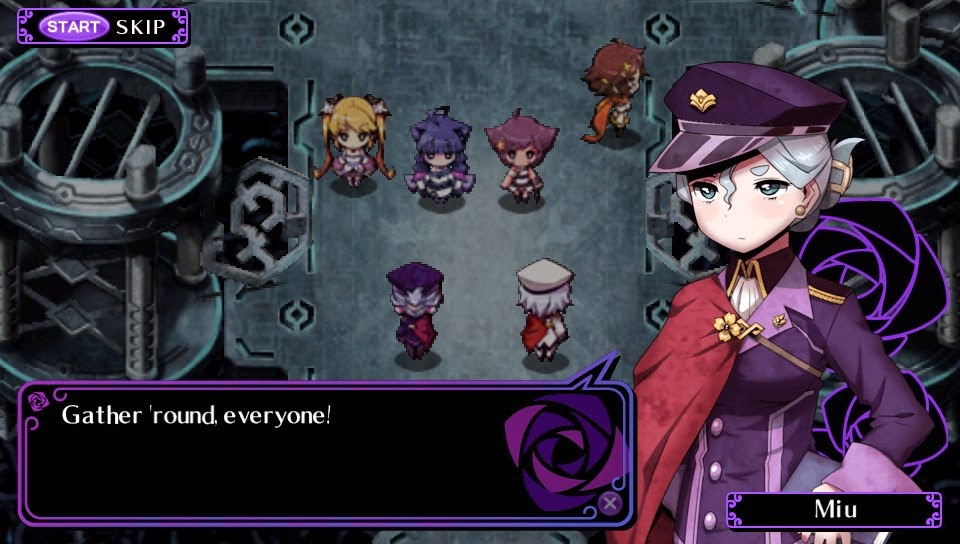 When, all of a sudden I have a whip in my hand and I'm 'encouraging' the young ladies with motivational beatings, to get them to join in the fighting. That's the fan service part of the game, and it rapidly descends into mildly steamy corporal punishment, with a range of implements, using both touchpad and touchscreen (it does work on PSTV, if you want to see your family playing this game).

The idea is, you're beating the temptation out of them, with the requisite oohs and ahhs. The higher the motivation level the pervier things get, or you can set different skills at more points cost. If you can mentally ignore that (or play through those bits while reciting Hail Marys, or something) then you probably won't go to hell like this lot. 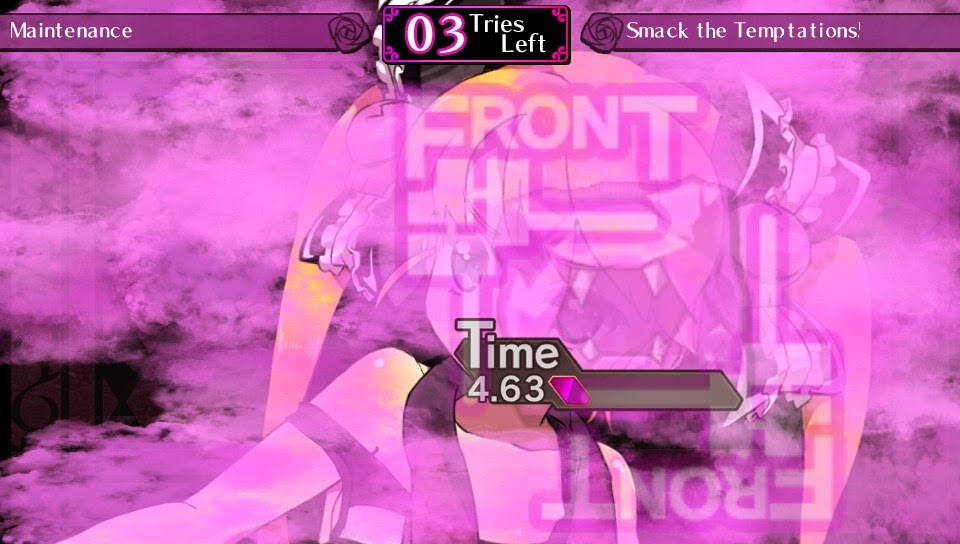 The girls are there due to some sort of stain on their psyche that marks as a bad lot,like a Reduced sticker on some old supermarket chicken. Get them out of there in one piece and they get another shot at a good life. The RPG elements are initially fun and stripped back, with plenty of potions, revival spells and rest tickets to get you back to the safety of the infirmary.

Level up a bit through the inevitable spank inferno and you get additional magic skills, physical attacks like lucky punches, treasure stealing and other weapons to use. These initially ramp up the damage and help get through the endless waves of annoying minions a little faster, unless its well hidden, there's no speed battle option. On the plus, side, twin attacks and special combos you learn along the way will spice things up, a little. 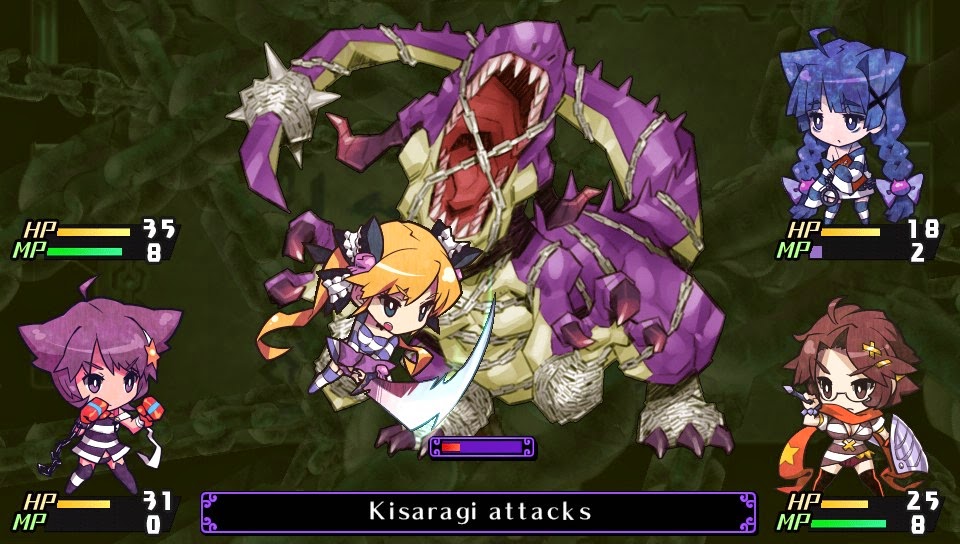 What there is, is a lot of grinding as the more powerful beasts need some serious kicking to overcome - so you save your magic points and big-hitting skills for them and are grinding through minions a lot more than you should. Also, this is a game you'll probably never want to play through again, with insufficient variety in characters or attacks to make it worth the effort, in fact this is a game you could easily give up on half way through and not give another thought about. 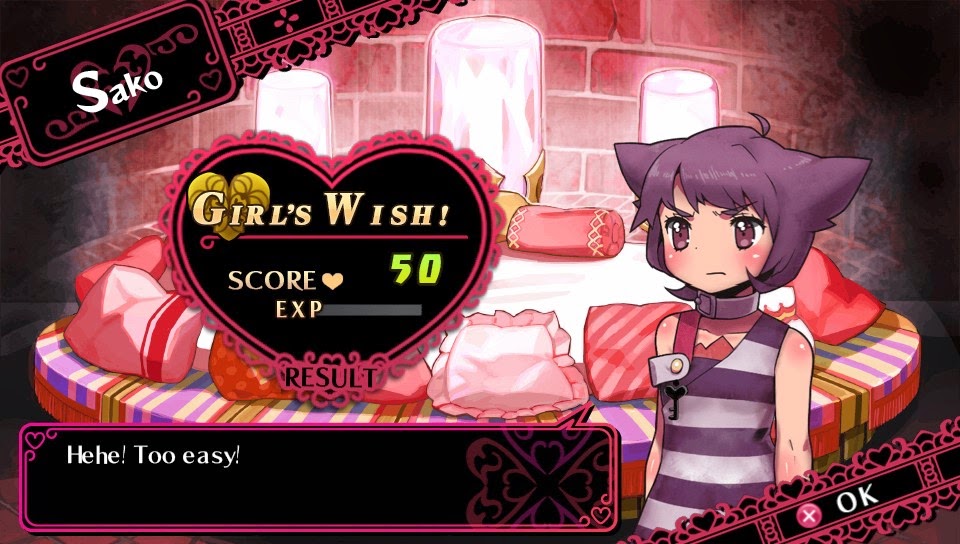 Apart from feeling rather simple, other annoyances include the lack of touchscreen use in battles. It would be so much easier to tap the options, that way I could write this review or do other things while the game progresses. Also, you can't pick up an object before you discover the reason you need it, retro I like, but this isn't stone age gaming.

On the plus side, there's the fun story, with a few side quests to get the party running back and forth. The various attack mechanics are entertaining, and the option to escape some battles is welcome. But if you're looking for some inspired RPGing, that's a little naughty, then Demon Gaze would be the one to go for.