Snail Games to challenge the Vita and 3DS with the W3D

on January 06, 2015
Since Sony likely won't innovate in portable gaming anymore, who else will take up the baton? Snail Games is making waves at CES (Consumer Electronics Show) in Las Vegas with a range of new hardware, not bad for what was a games company startup from China. The company has an Android Micro Console, the OBox on the way, but of more interest is the W and W3D (they're clearly not all that great at naming things) gaming smartphones. (see a hands-on video over at TabTech) 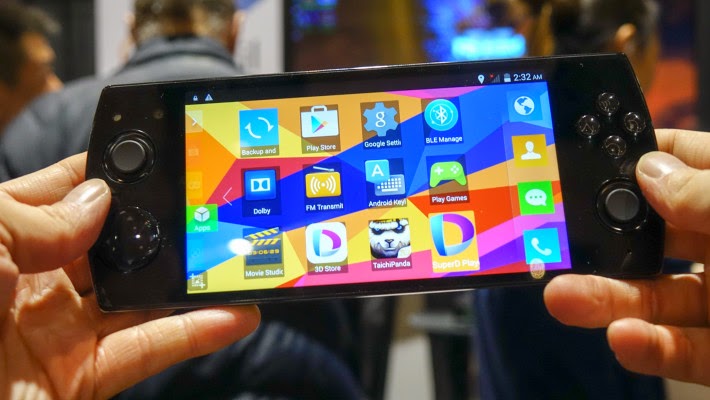 Android-based, the W3D pulls a 3DS like three-dimensional trick on any Android game using eye-tracking and some clever software, powered by octa-core MTK6595 running at 2.2GHZ. It has twin sticks, a four way controller and four face buttons, plus four should buttons. That's all wrapped around a 5.5" full HD display.

It looks a bit simplistic in design, and makes the cardinal sin of putting the speakers on the back, but if the grunt is there, with a regularly updated interface, decent media and other apps (you know, everything the Vita lacks) then it could just attract some interest from gamers.