on January 03, 2015
Yes, I'm late to the party with this, but I picked up Freedom Wars in the PSN 12 Deals of Christmas sale. And, even at just £12, after the first couple of hours I was starting to regret it. It all starts so promisingly, with a spartan-future tale of prisoners forced to fight to reduce their sentence, scrapping with massive abductors, using guns, rockets, thorn-ropes and blades to slice, dice and generally deal damage. 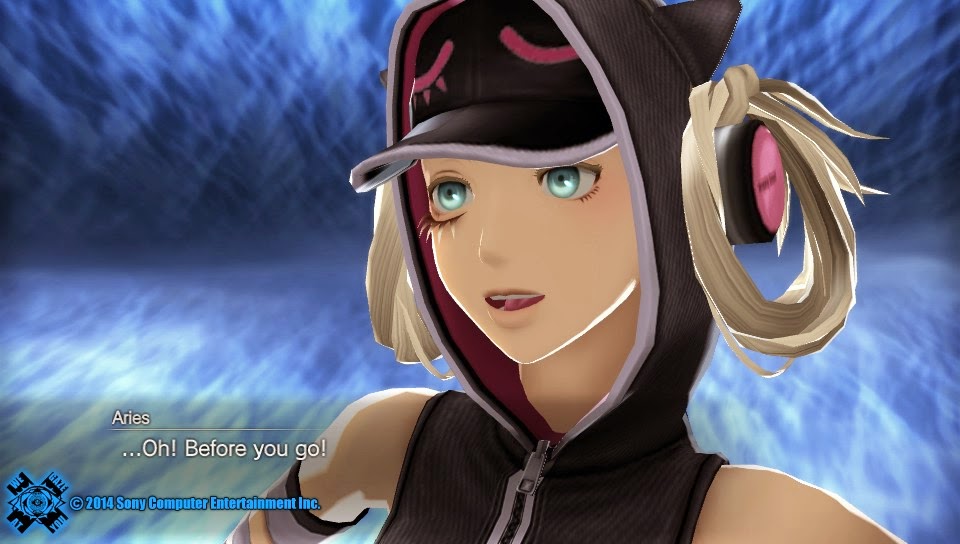 But then it bogs itself down in slogging from place to place for the next bit of the plot, with endless whiny characters who've clearly never heard of Stockholm Syndrome and some stupid bear-creature who does a compère job for the authorities. It just breeds hate, but that may be the intention. All players can do is knuckle down, get the entitlements needed to speed or auto-travel around the levels of the giant prison, and improve weapons to make the fights a little more tolerable.

Once you reach level five, I started to feel like I was in the game, and the plot races along between battles. At that point, Freedom Wars starts to deliver the goods, with constant weapon upgrades, augmentations for the characters and your "accessory", a partner who monitors my every transgression, but can be a bit useful in a scrap, recovering health when the hero (or heroine, you can create your own character) gets knocked out. 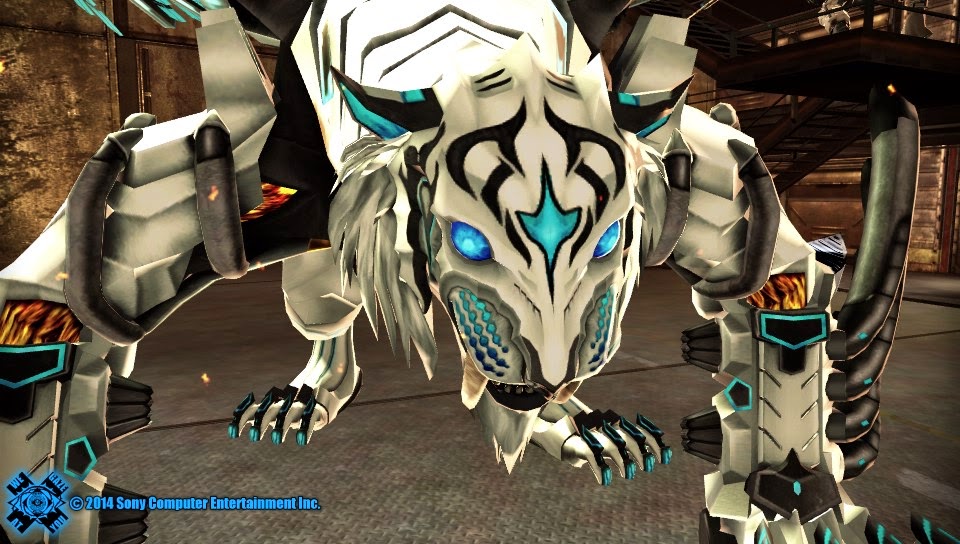 With construction facilities to manage (an odd thing for a lowly prisoner to have access to), you need to scour each battlefield and the darker corners of the prison levels for scrap to create new weapons or upgrade them, to make grenades, med packs and other tools for your utility belt. A top tip for the early game is to get a Flare Knife from the Zakka store, this can be used to hack up Abductors and makes bringing them down a little easier. Also in the social Warren meeting place is the Fuelling Station, basically an ice-cream store and chat point.

The meat of the game is spent in battle as your undertake Contributions, both to reduce your sentence and advance the story. If these were perfect, the game would be brilliant, but the mix of fighting ground grunts from other Panopticons and the massive Abductors is a bit of a mess. Your AI buddies can perform some basic commands, and in the early missions can complete the whole objective without you really knowing what's happening. 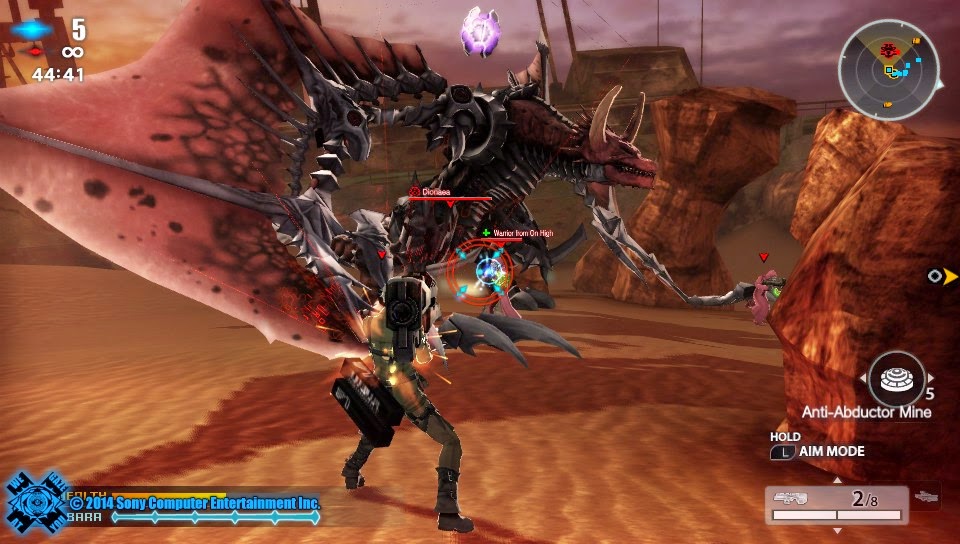 Thorns help out, powered by Will'O energy, allowing to attack your enemies, heal other players or shield them from attack. They have various charge effects to make them more flexible, but the button mapping makes them a pain to use as you switch between attack types. In theory the game has endless upgrades for your weapons, but they are incremental and there's nothing that makes you go "ooh, awesome" as the result of experimenting. Some weapons have elemental effects, but in the heat of battle trying to remember what works on which target is all a blur.

There are some cool ideas, like Citizen Support to help speed up your upgrades, plus side and special missions to help cut down that million year sentence. I also like the liberal dispersal of trophies to make getting into the game, at least feel like you're achieving something. But, as the game advances, and missions increase in complexity, throwing "On High" combatants who lord it over us criminal scum. Combat becomes a nightmare as you're run over by an Abductor, while trying to take down distant enemies, to get up to find the enemies swarming you, and now you've got the wrong weapon out, and you get repeatedly killed/healed/respawned in short order. And, since that's the backbone of the game, with multiplayer and PvP thrown in via day-one updates, its not really the firmest of features to keep anyone gripped, with uninspired level design and finicky controls. 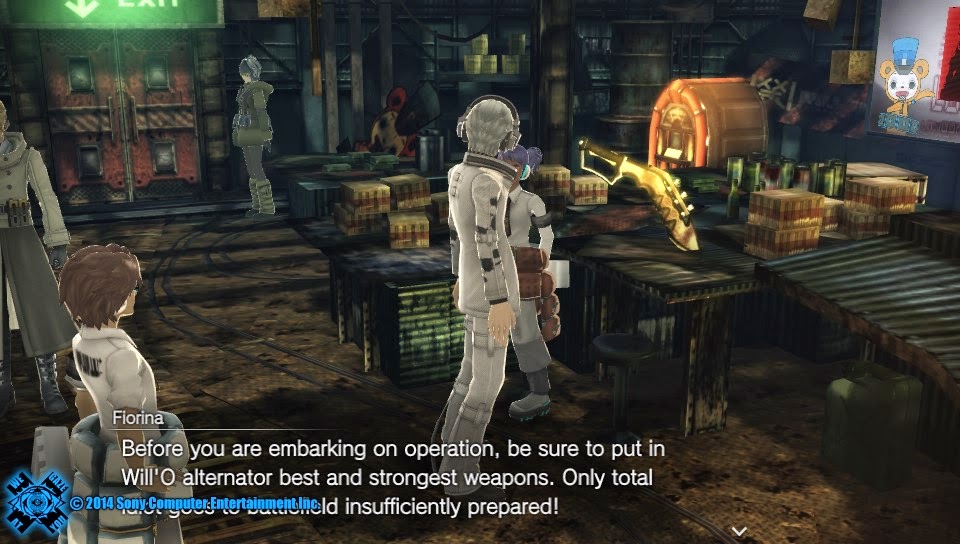 That's proven by the poor populations on the servers, the ages old Killzone seems a lot more popular then Freedom Wars - not helped by the multiplayer menus being all over the place. The game is by no means a bad effort, but it looks like it was designed by committee with the high concept about the only interesting thing in the game.

I think I know what went wrong too. Somewhere at Sony Japan, there was a meeting of head honchos and on the whiteboard went "monster hunting", "cartoon character", "generic AI" and "cool plot idea, but don't let that get in the way of the game!" And the combined development talent of Japan Studio, Dimps and Shift did as they were told, to the last generic letter. So, you get punished for keeping advanced materials that you need to improve your character now, and there's a bodge in moving special operations to the main operation panel and lots of other annoyances that chip away at me while I try to enjoy the game.

So, get Freedom Wars by all means, just don't be put off by the first few hours. When it does start to bite, I hope you really like trying to badly aim at massive beasts, because in the chaotic battlefield, that's the key to success and it is literally a hit-or-miss affair with little skill in the overall result.