on January 21, 2015
Been looking forward to this since the Japanese original broke cover, so thanks to NIS America for bringing Operation Abyss, New Tokyo Legacy our way. Developed by Experience, the studio that made the hugely popular Demon Gaze (still get loads of visits for the maps), its a sci-fi dungeon crawler RPG set in a near future Tokyo.


With the city under the constant threat of Variants, genetically engineered monsters, and the emergence of portals leading to a mysterious dimension called the Abyss, the government has established the Code Physics Agency to investigate these mysterious phenomena. The Xth Squad, a unique group of teens modified by the CPA's Code technology, must evade traps, face down powerful monsters, and investigate the mystery behind the Abyss.

The game is out mid-April, on the 17th in the EU and the 14th in the US. There's some pics from the Japanese version here. It looks to use a slightly neon version of the Demon Gaze engine, which is no bad thing. Features include:

Robust Customization System
Recruit and train a unique group of six Xth members to venture into the Abyss. Customize each member from one of ten distinct Blood Codes. Each Xth member's appearance, class, personality, morality, and stats may be molded to the player's preference.

A Unique Sci-Fi Story
Dive into the unique dungeon crawler setting of Operation Abyss and lose yourself in the gorgeous world, featuring real-life locations rendered by Tetsu Kurosawa and Oxijiyen. A gripping story blends heavy sci-fi elements with a setting to give the game a unique feel.

The US NIS store has a limited edition if you're really keen, $54.99 gets you a box, art book and soundtrack CD. 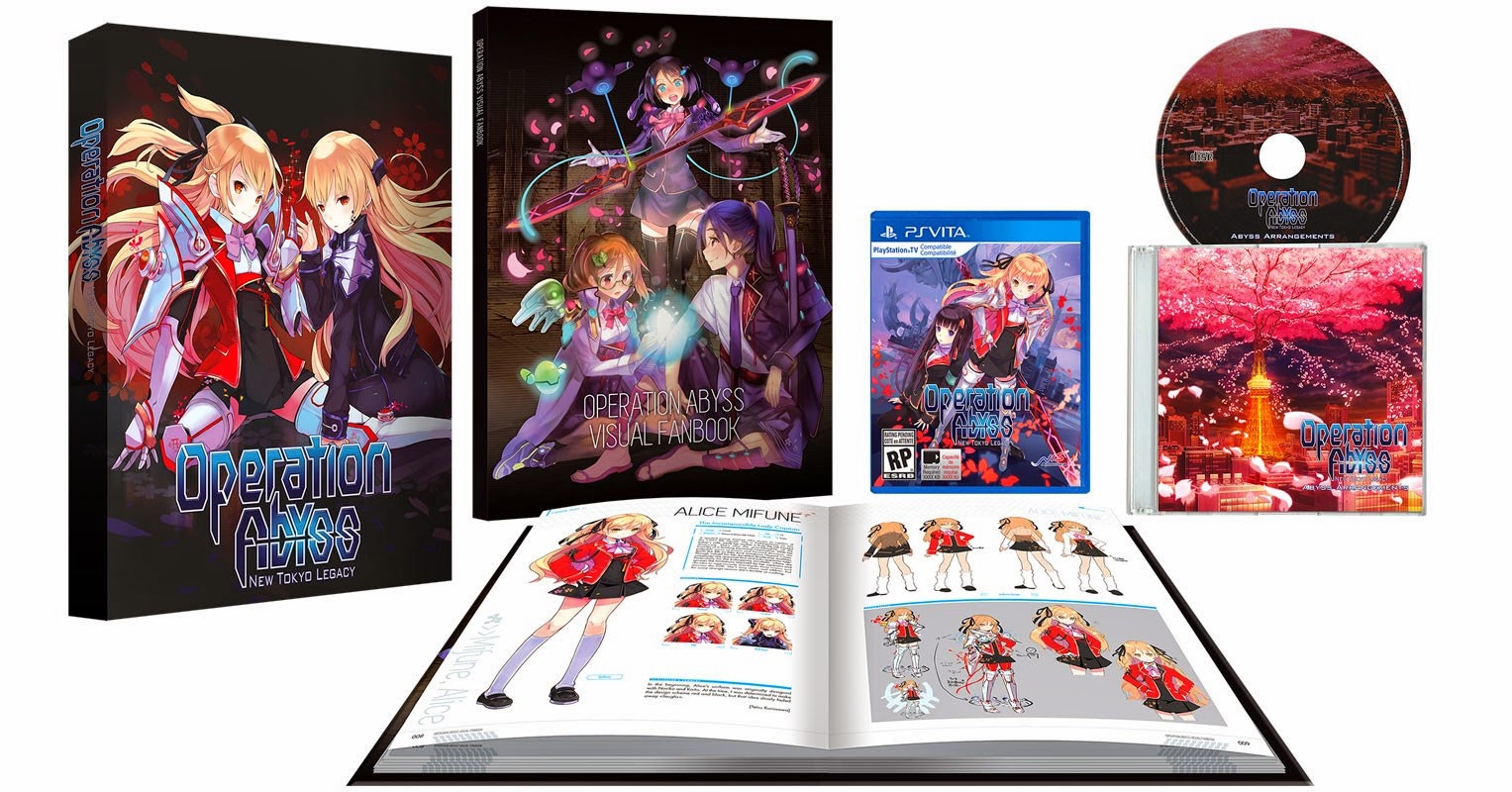