on December 16, 2014
PQUBE will bring the acclaimed visual novel from Mages, Nitro+, 5pb and Science Adventure Team to the Vita and PS3 in 2015 for a western audience. I've always loved the look of the series across its PSP and Vita incarnations and the story - an award-winning time travel science-fiction interactive is rated as one of the best visual novels ever.

STEINS;GATE follows a rag-tag band of tech-savvy young students who discover the means of changing the past via text message, using a modified microwave. Their experiments into how far they can go with their discovery begin to spiral out of control as they become entangled in a conspiracy surrounding SERN, the organisation behind the Large Hadron Collider, and John Titor - a mysterious forum poster who claims to be from a dystopian future. 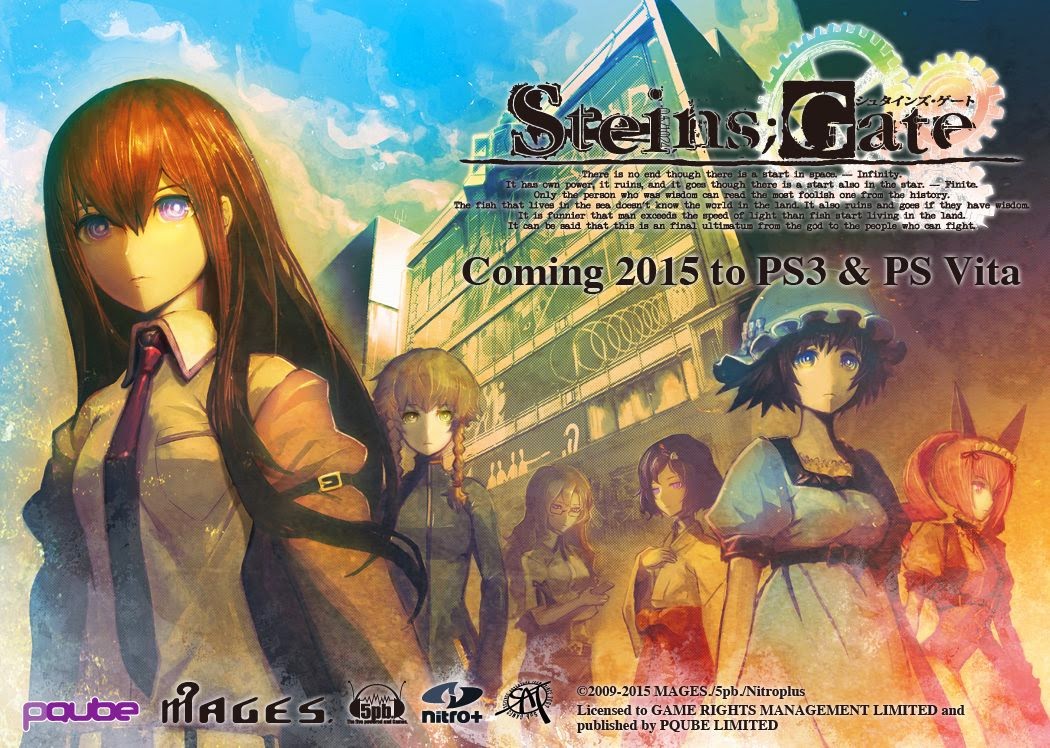 Interaction with the game takes place through the "phone trigger" system, where the player can receive calls and text messages and decide whether to reply to them or not, changing the outcome of the game’s plot. A gripping and moving Visual Novel, which has already spawned manga and anime adaptations. PQube has a Facebook page up where fans can gather in anticipation - see you there.
pqube ps vita sony steins gate visual novel western release