on December 17, 2014
Another Vita upgrade with a DX bolted on the title, and do you know what, I have no idea why? But, let's not worry about that. Rock Boshers DX pays homage to the Spectrum era of simple gameplay and blotchy graphics.

From the Speccy loading screen to the dinky hero, everything is small but perfectly formed and the gameplay is tight but fun. The adventure sees a young Queen Victoria trapped on Mars while enslaved minions worry about food and cheese! The DX upgrade provides Cross Buy on the PS4, trophies and Cross Save, plus online leaderboards. But will you want this on a big screen? The small version certain looks good enough. 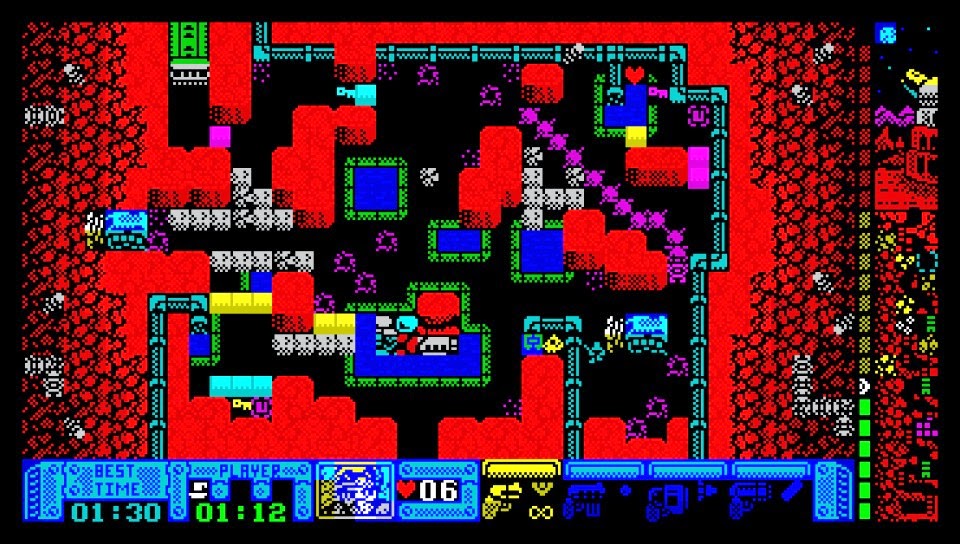 The action sees you dual stick moving-and-shooting Her Maj around the levels, completing tasks for some helpful folk to gain access to keys, guns, health and other goodies. Each level is a short dash of logic with a spritzer of panic as you try and avoid the zombies and other threats. There's lots of little hidden extras to collect for completeness sake that adds to the challenge of each level.

Although it looks deliberately primitive, certainly compared to Aqua Kitty, I prefer this more for its charm, quirky story and slightly devious nature. Given its unashamedly retro-nature, you might think this will be over in minutes, but there's plenty of challenge too with a bunch of extra arcade games and some genuine replayability!