on December 02, 2014
Acquire has been good bringing Vita games west with Akiba's Trip, Mind Zero and others making the trek here. Wonder if this new game, Metropolis Defenders will also make it over. Revealed in the latest issue of Famitsu, there isn't a lot to see, beyond some 3D cityscapes, giant monsters, lots of construction and some magical characters alongside the regular folk. 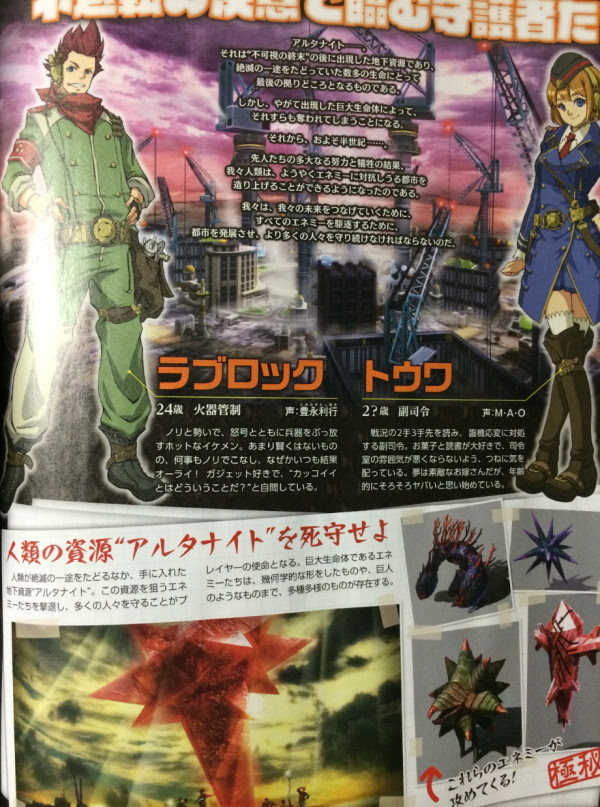 Is it a counterpoint to Freedom Wars with a mix of big battles and RTS construction? Could be interesting if they get the balance right, and it isn't just another monster slaying game, which I think we could all do with a bit of break from (you know, expect for God Eater Rage Burst and probably some more Toukiden). 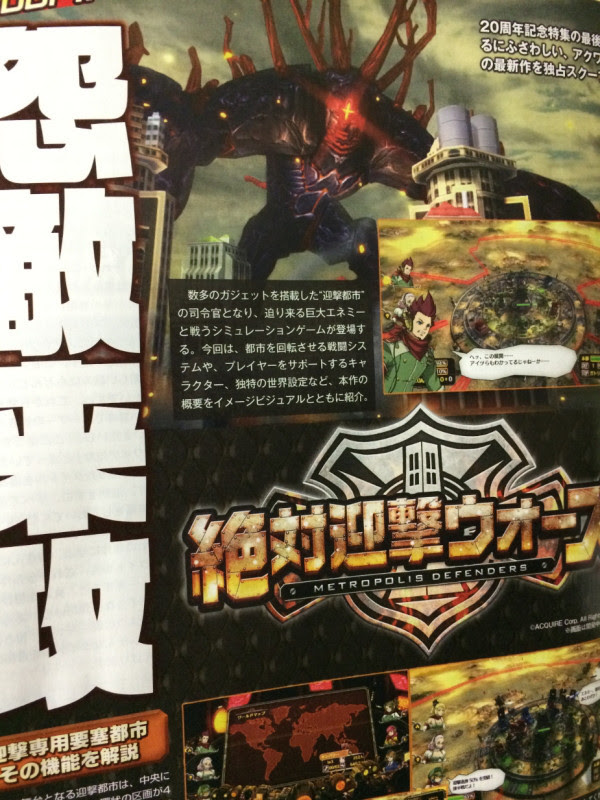