What's hot on the Vita in Japan

on November 28, 2014
While the west goes all giddy over Black Friday sales, in Japan it looks like gamers are planning ahead for next year already. While the new Value Packs are the most popular hardware, Amazon Japan's most popular Vita titles are: 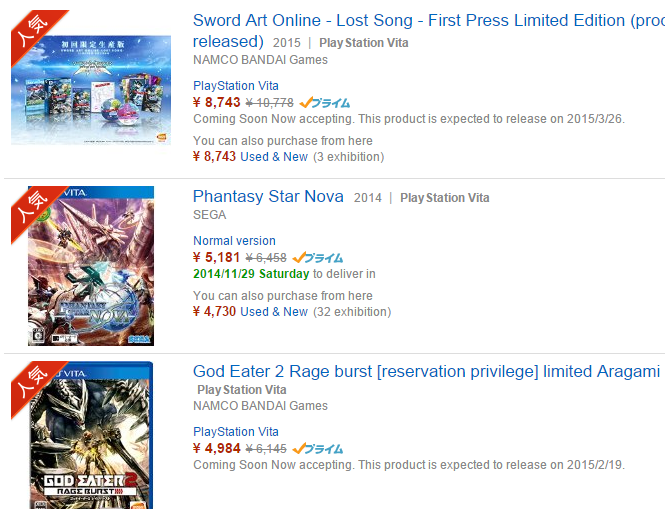 Since none of these look like getting a western release, perhaps SAO, we can only look on enviously while Sony tries to repackage old games and maybe try and squeeze the odd title out of its first-party studios.