PlayStation Vue not coming to Vita owners, yet

on November 13, 2014
Do Sony employees have to urinate on a Vita before they're allowed into the building in the morning? Is that the way it goes now? Sony just announced a new cloud TV service coming to the States called PlayStation Vue for the U.S. and the Vita doesn't even get a mention on the Sony press release.

It is in beta, and coming to PlayStation 4 and PlayStation 3 users (with iPad coming soon and other Sony and non-Sony devices later). I mean, most media apps are tiny, it is not a massive effort to support your own platform first? Especially the Vita, which is great for watching TV in bed, while most people already have a cable box with catch-up, a TV dongle or micro console bolted onto their TV, making the PlayStation consoles also-rans in the media game. 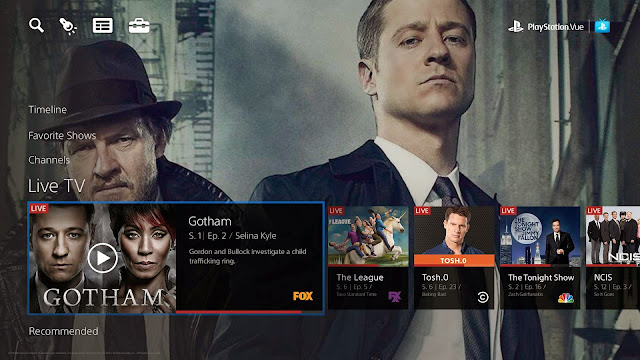 Not only is Sony so late to the content game, aside from the joke of a Movies Unlimited service, but ignoring your own platform where it would most make sense is pretty bat-shit crazy. Then there's yet another damn Sony service to pay for, although this is non-contract,, isn't PSN and PS+, then PlayStation Now enough?

I'm sure there's a few loyal fans who must have all-things Sony, but really - just provide the Netflix app in Europe or bolt this into the PSN subscription and we'll be fine, but another bill - Sony is starting to act worse than your cable company. Also, despite the press release's long list of features, it does nothing new, whatsoever - unless America can't watch live TV through an app somehow.

The beta is rolling out around some US cities. It will launch properly in 2015, I guess Sony believes the Vita will be all but dead then, so perhaps that's why they aren't bothering? Will Vue come to Europe? Given the fragmented market, at least not for a long time.
beta cbs playstation 3 playstation 4 playstation vue ps vita ps3 ps4 sony us