on November 06, 2014
The cool looking robotic/tank shooter MechRunner will get an early 2015 release as the developers plan to bring the shiniest vehicles and shootiest gameplay to the PS Vita and PS4 versions. If you were a multiplatform backer of the Kickstarter project, a PC version should emerge this side of Christmas. 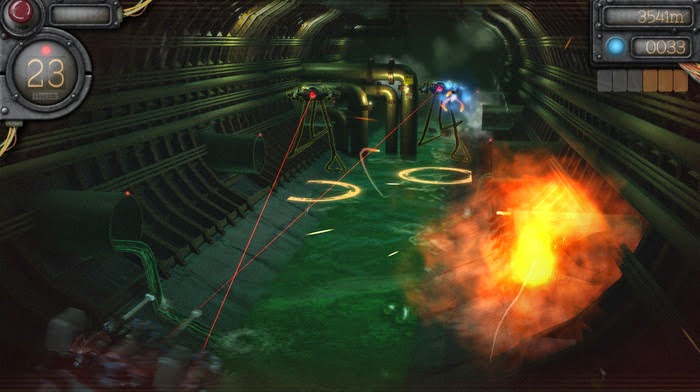 They explain in a new backer post that, "MechRunner will be released on PS4 and PS Vita early in 2015. We still need to work out the specific dates with Sony, but the move to 2015 is a combination of where we feel we are in development on those platforms and how/when Sony feels that the game will get the most exposure and support. Experience (and Sony) tells us that we don’t want to be lost in the 2014 Christmas shuffle. We would love to ship something earlier just for our backers, but unfortunately that’s not possible."