on October 23, 2014
Hoping to pick up fans from the core PSO2 series, Sony is going all out to promote Phantasy Star Nova to gamers with both PS Vita and Vita TV bundles in Japan. With cool boxes and decals (and also available in black), these look pretty sweet and Tri-Ace's game is going through a strong beta with plenty of feedback. There's also a message from the developers.

The offline-focused game is out in late November, and if this is Sony's only big push, along with the female-oriented pink model and games, then there's a lot resting on it to boost sliding sales. I suppose we live in hope of a western release, but not much! 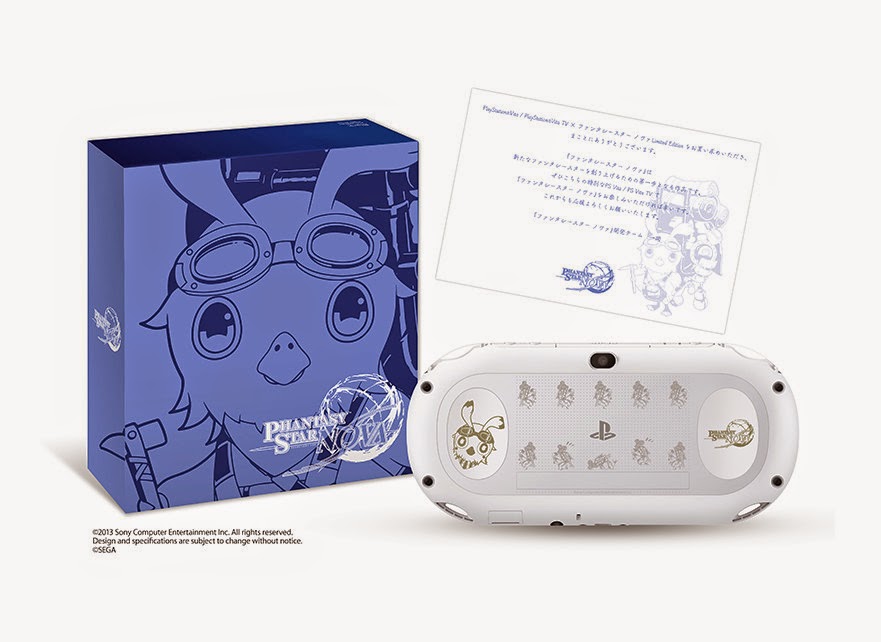