on October 06, 2014
Welcome to Akiba, the electric city of dreams where all good gamers hope to go before, or perhaps, when they die. Akiba's Trip lands in Europe this week on PS3 and Vita, offering scantily-clad vampire hunting for the Otaku in all of us.

People who've played the PS3 version say the differences are minimal, so go Vita! The game is actually the sequel in Japan, so don't go expecting AT2 to appear here next year!

The place is in trouble and not just from crashing console sales! Vampires called Synthisters seem to be grabbing hold of visitors and turning them to a rather dark side, which you - Nanashi - and your friends just can't allow to happen, see the western trailer.

Based in a basement club, MOGRA, on the edge of town, with its own lounge, Hang-On arcade machine, disco and bar, there's no time for relaxing when there's fighting to be done to protect the town and its visitors. Since they're slightly weird non-standard techno vampires, they can go out in the sun, so your only way to defeat them is to rip their clothes off via a pretty simple, and totally non-gratuitous, combat system. 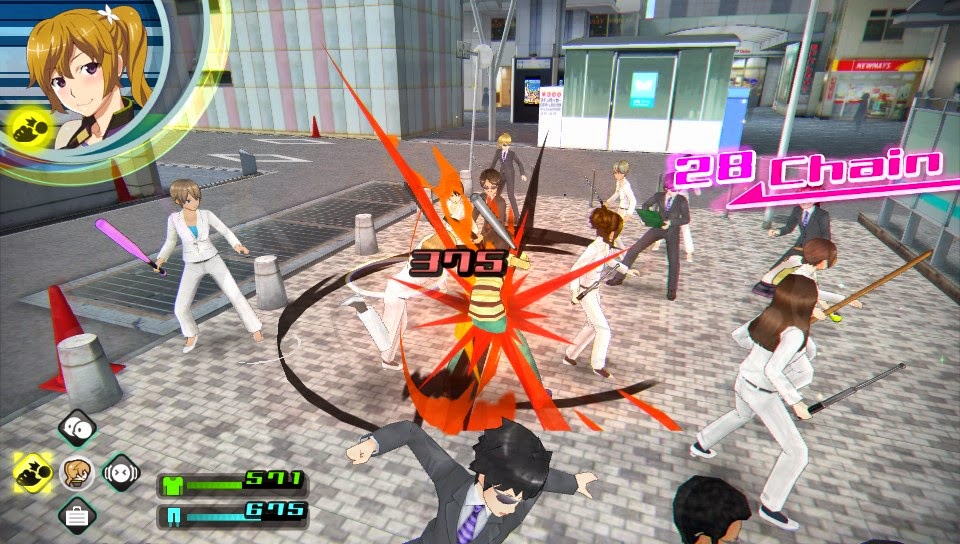 In between denuding vampires, there's missions and side-missions to be completed, your gear to be upgraded and the master plot behind the sinister souls to uncover. To keep things light, you can go on dates, cast your character as a hardcore Akiba denizen, a bit of tosser or just a regular guy (who happens to fight vampires for a living). The team's characters. even their western translated counterparts, are a fun bunch with regular bouts of mirth and acidic wit.


Plenty of pain and not much reward

Most of the trophies are of the grind variety with ever-increasing numbers of victories or other conditions to unlock, with hidden trophies mostly for branching off into the dating or side missions. So, its beating things up that gets you the most progress and reward, and unfortunately - that's not very good, despite the variety of ludicrous fighting styles you can adopt.

Combat, with or without a partner is flaky, random, annoying and so grindy, you might want to hurt someone in real life. Tap triangle to aim for the head, circle for body and cross for the legs. Hold to rip off their clothes when weakened, repeat - all game long. Some attacks are plain stupid like the freakish hip-hop-worm ankle head-butt effort! But it all feels very random and can take ages in a busy battle

Things do get better with the Unity Strip, chain strips and other gimmicks, but the raw combat is not very inspiring. Just as well the general insanity of the story can just about keep me going through it. 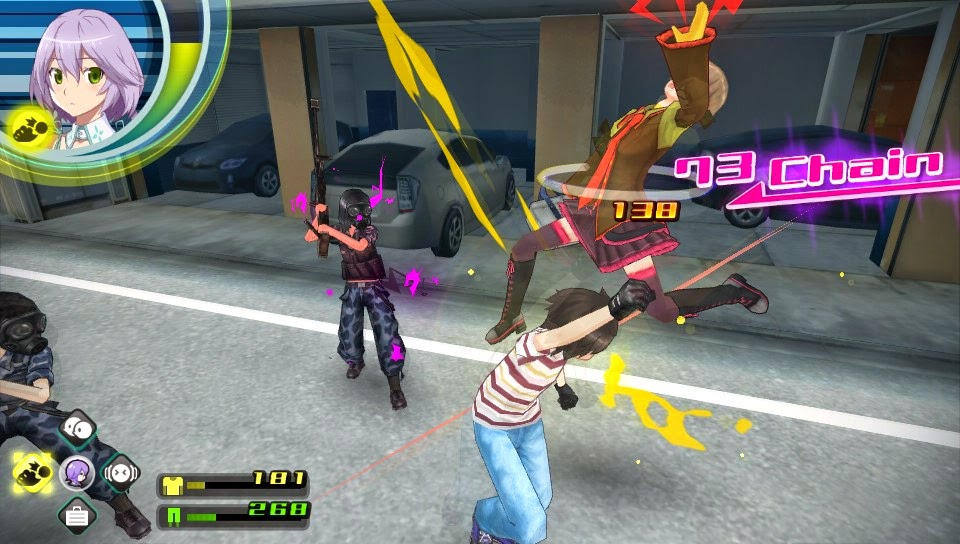 At least you can jump around the map quickly, avoiding retreading old ground with a quick-jump feature to move to the next vital spot. Annoyingly, as we're in Japan, you can only cross big streets at the lights, since no one would ever think of rushing across an empty road. At least you don't have wait for the lights to change to green, you just teleport across to the next bit of town.

Then there's the side quests, go somewhere, get this, do that - all rather uninspired. All these are minor quibbles mostly, but they do break up the flow. That and bumping into everyone on the streets, including your partner -- all the time -- gets really annoying!

On the brighter side, you get to smack vampires with guitars, keyboards, laptops and many other odd weapons. There's also a To Do List, so when you leave the game for a week to play a proper beat 'em up, you come back and have a handy reminder of where you were and what to do. All games should have this feature!

There's also being immersed, or as close as most of us will get, in the manga, J-Pop, cosplay and gaming Mecca that is Akiba. Enjoy that experience, and as long as you can put up with the combat, this is a fun, daft, mildly engrossing game, just lacking the mechanics to hold it together. Note if you get the download version, you can grab the game's AR mode cards here.

Score: 7/10 (knock off a point or two if you're not an Otaku or like good fighting games)
More reviews
Price: £29.99
Dev: Acquire
Pub: NIS America
Progress: One who brings Victory