on October 15, 2014
No prizes for guessing who's number one, which is likely to be there for some time. Monster Hunter 4 Ultimate sold around 1.6 million copies in just two days, Capcom announced ahead of the chart update later today. Add in downloads and that's probably over two million. 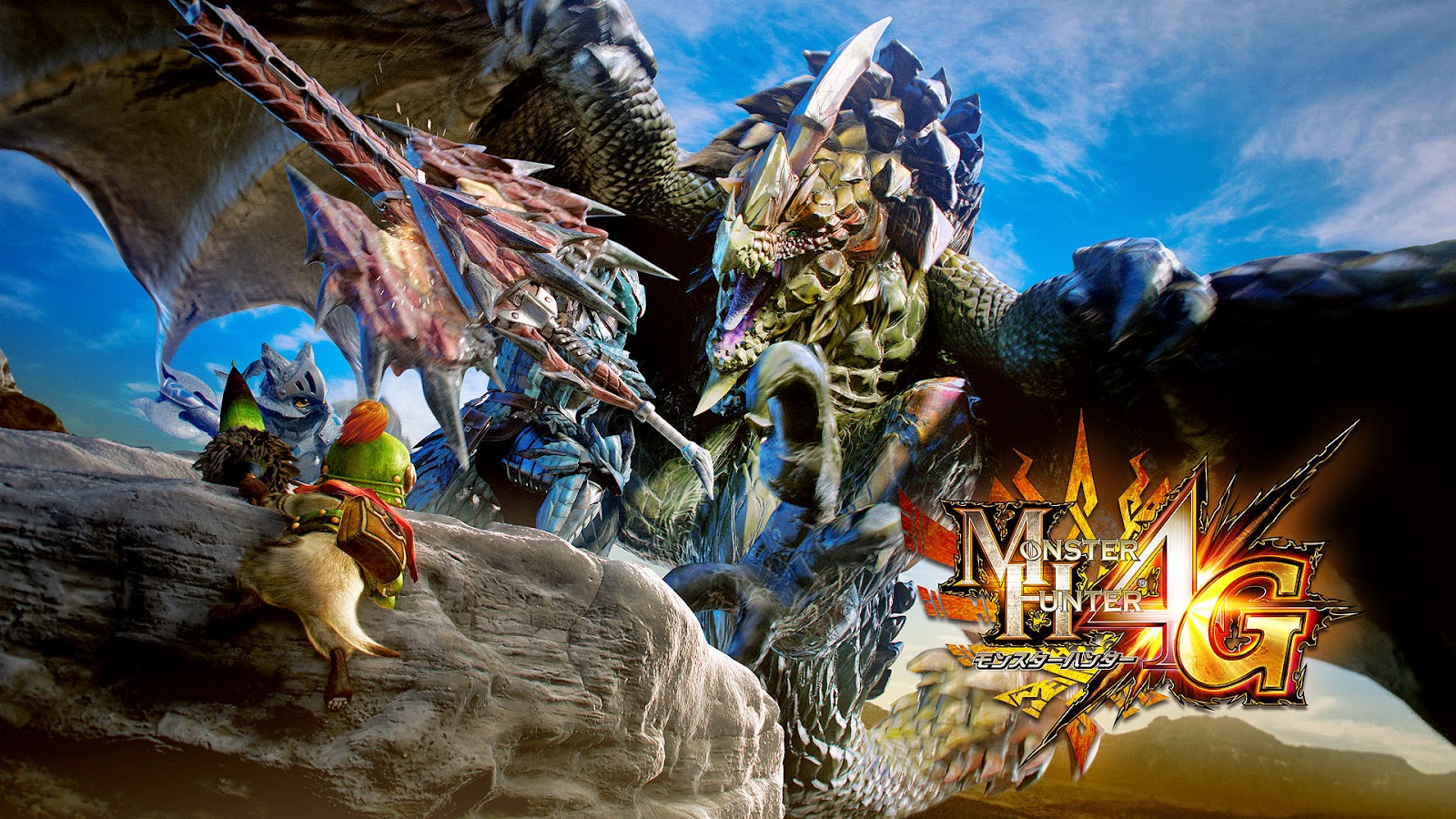 PS Vita games are sticking around the Media Create chart, with Danganronpa and Legend of Heroes 2 bothering the 6 figure mark: 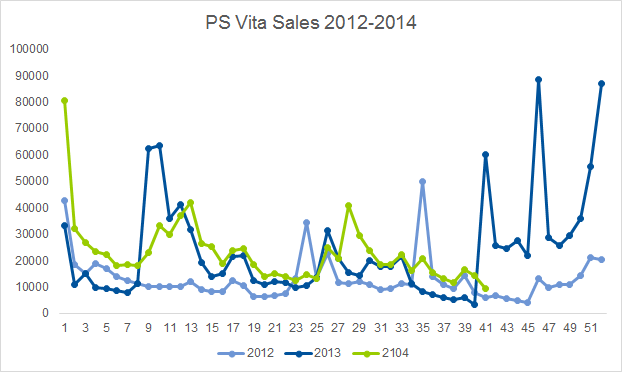 My money is still on a PlayStation 4 Portable to lure Japan into PS4 ownership that they can play on the move. Unsurprisingly, Vita hardware sales dived to below 10,000, losing almost 5,000 sales. Looking forward, here's some recent PS Vita scores from Famitsu, but there's nothing that should help sales match those big blue sales spikes at the end of last year in the chart: