Is nothing sacred? Capcom messes with Monster Hunter too much

on October 09, 2014
Perhaps its a good thing that Monster Hunter 4 Ultimate isn't appearing on the Vita. Okay, scratch that! But, hear me out. Having waded through a Nintendo site for some fact checking, I've inadvertently discovered that the game is being polluted with both Metroid and Sonic the Hedgehog cross over content, and who knows what else over time?

What the holy heck? Does Capcom think that four-or-five million copies isn't enough and it needs to pollute the series to attract a few casual fans who might think "oh, Sonic's in it - must be easy!" I mean some games lean to the idea, brawlers can easily have characters cross over, and role-playing games make swapping series more accessible to fans of other sagas. 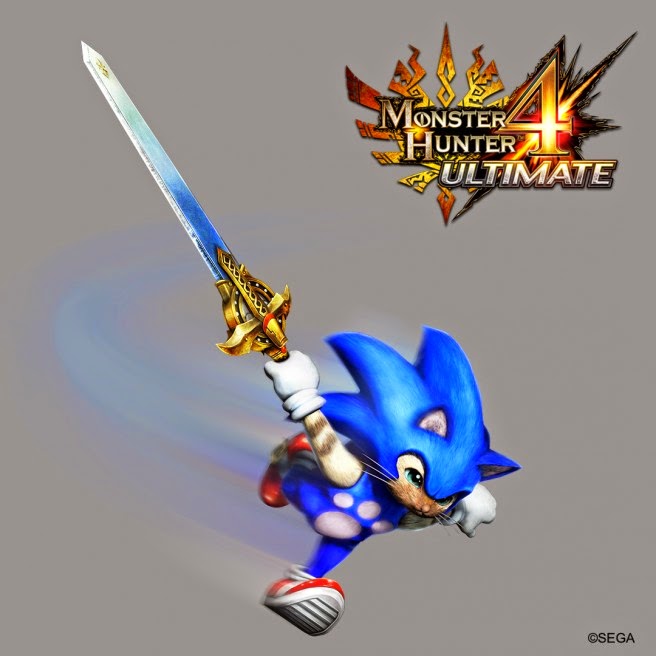 But, Monster Hunter is Monster Hunter, and a game about cooking meat and partying with friends to slay great big damn dragons. No where in that script is there room for a spinny blue hedgehog or a laser-toting lady!

Hopefully, if Capcom ever considers the Vita worthy of a proper entry in the series, a few more million sales down the line, it'll do the job properly without the need to mess with the game's magic too much. of course, if the new more-powerful 3DS does shift, is there hope for Sony to launch the PlayStation 4 Portable that could help move the Vita concept in the right direction.