on October 09, 2014
The vocaloid songstress is on a spot of world touring at the moment, popping up in New York and Los Angeles. She even made an appearance on the David Letterman show last night, at least they're used to non-existent stars trying to promote themselves.

Surely Sega can sell some PS3 and Vita games to Americans wowed by her wobbly vocals? Hopefully Sony has a stall at the events to flog hardware too! The babe, developed by Crypton using Yahama technology has been a staple of Vita gaming, and will hopefully have more projects in the future.

If not, at least she's a real world (as can be) phenomenon now and exploding outside the confines of the video games world. Not only is she touring but there's an art concert with some gorgeous images of the young lady from some serious artists, including Square's own Tetsuya Nomura. 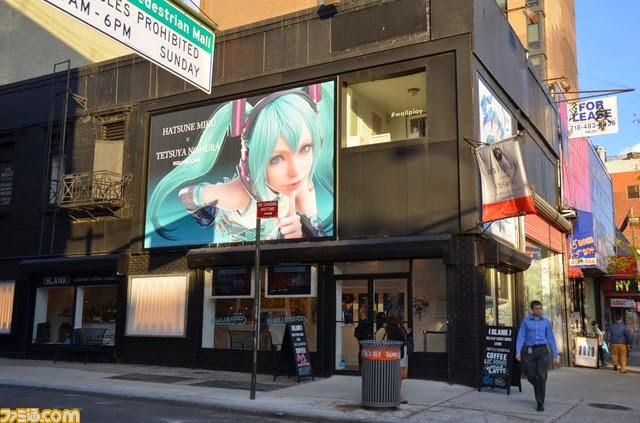