Google's Nexus Player, another box to challenge the PlayStation TV

on October 15, 2014
Sony can't or won't run the PlayStation TV as a proper set-top box. There's no Netflix at launch (or at all in Europe), with conflicting reports on if it will ever work. Add in no HBO, no iPlayer, etc, and it seems Sony only wants you to use its cack-handed Movies Unlimited service. Widening reports suggest its Remote Play feature isn't all that good, and its games roster is hampered by random incompatibilities or license restrictions.

Putting another boot on PlayStation TV's jugular comes Google's Nexus Player to join the crowded micro-STB market, launched alongside the latest Motorola-built Nexus 6 and a HTC Nexus 9 tablet, it is another effort by Google at the living-room market after the arse Google TV project. It will be available in early November. And, if Apple launches a gaming-enabled Apple TV today, then suddenly every box for your TV does games, and in a less fussy way than Sony's device. 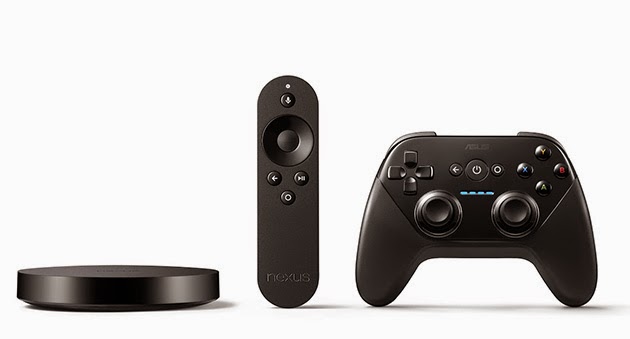 The Nexus Player is a $99 sleek puck-style device with a small remote and an optional game controller ($39) for all those Android titles. It comes with 8GB of internal storage, unlike Sony's crippling memory card concept, and offers superfast 802.11ac Wi-Fi. It plays all the major media services and plays at 1080p. At least the total price is comparable to the US PS TV bundle, including memory.


Sony's only saving grace here is that Nexus Player will only be available from Google's own store. The difference is, millions of Android fans are aware of the device launch due to the interest in the phone and tablet. Sony's PS TV launch was barely registered by most of the tech sites.