on September 10, 2014
Talk about scraping the bottom of the barrel, the next Vita bundle up is one with FIFA 15 for €199 across Europe, available in a few weeks. That means Sony is trying to get gamers to buy into the Vita with a three year old game plus a team patch, incredible!

Still, for the unaware kids out there, it could sell a few, and there's not much wrong with the actual gameplay, if you ignore all the innovations that EA has made in the full-fat version with ultimate teams, dynamic tactics and so on! Given these games spend their lives in the top five of the chart, they must make some money for EA to invest in a decent update! 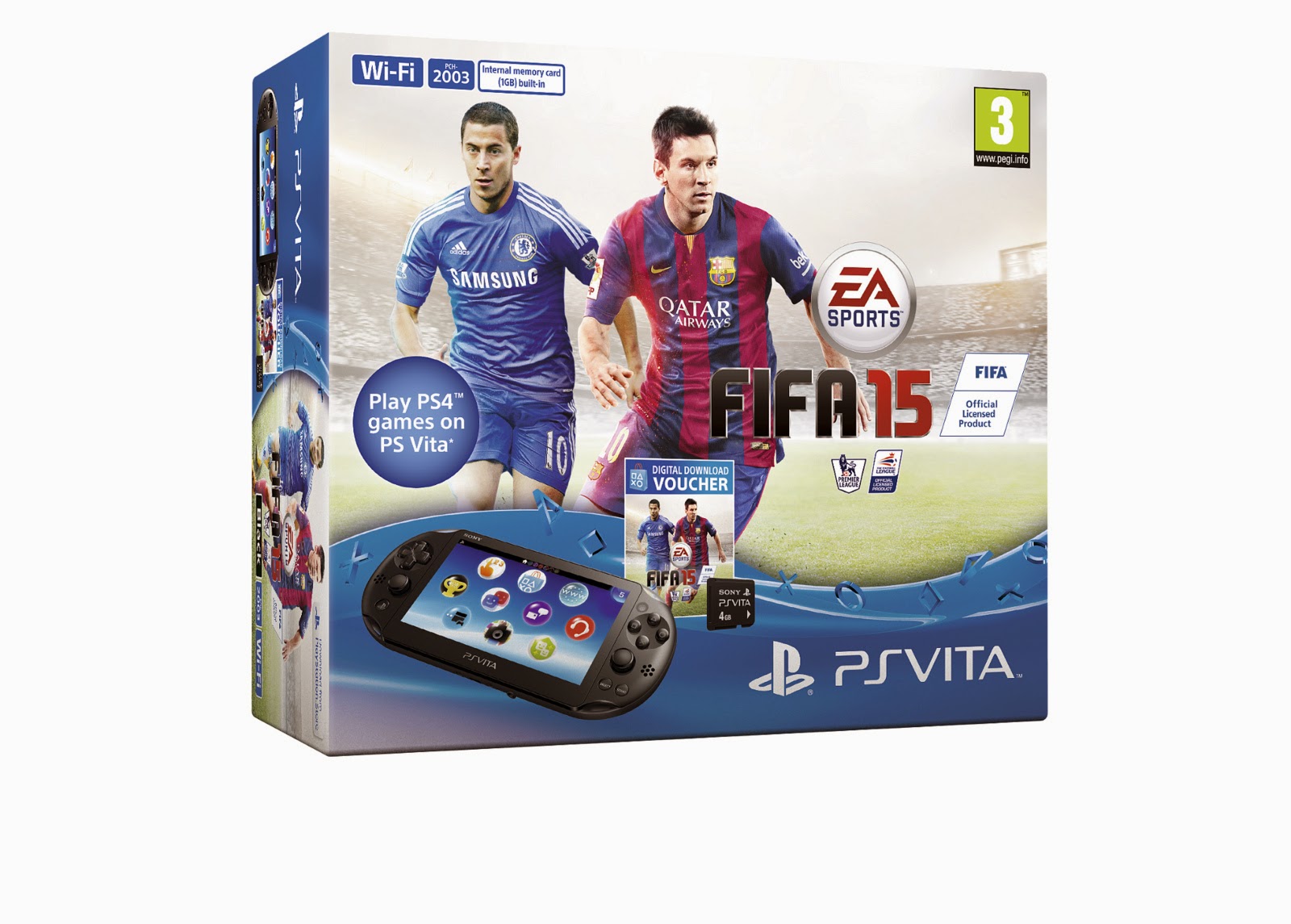 Note the desperate plea that the Vita plays PS4 games too! And note its a download code, Sony is just changing the outer packaging and slipping in a new voucher, hardly any effort at all. Not sure how much of the 4GB card FIFA 15 will eat up, FIFA 14 was 3GB and since all they've added is some new longer dodgy foreign player names and strip updates, it shouldn't be much bigger but gamers won't be able to download much more without investing in another memory card, all part of the plan, I'm sure.

Note that FIFA 14 is still £45.99 on the PSN store (UPDATE, an EA PSN sale has just lopped that down to a just-about-reasonable £15), incredible that EA can get away with such mercenary tactics. Especially when the next versions in just £25 from stores. Compare that shoddy effort to Nintendo's next bundle...