on September 26, 2014
Bandai Namco has provided a video of the first throes of Tales of Hearts R on Vita in lieu of preview code, to form opinions before the game's November release. A DS original, an upgraded 3D version landed on the Vita last March in Japan - arriving in Europe on 11 November.

Likely the Vita's second biggest release of the year behind Freedom Wars, it is certainly worth looking forward to. Beyond the fairy tale intro as two youngsters, chased by a witch, fall to their apparent doom, it soon gets going into the game proper in the not-quite-a-slum, not-quite-picturesque Seaville Woods.

Master Sydan is teaching young Kor Meteor (that's him, below, suffers from weak nipples - he's probably decapitating a pineapple on legs in this shot) about Spiria and magical blades. Guess what, young Kor is a bit of a talent! He roams around the slightly, but not too, pastel-tinged, landscape with a bit of a swagger. 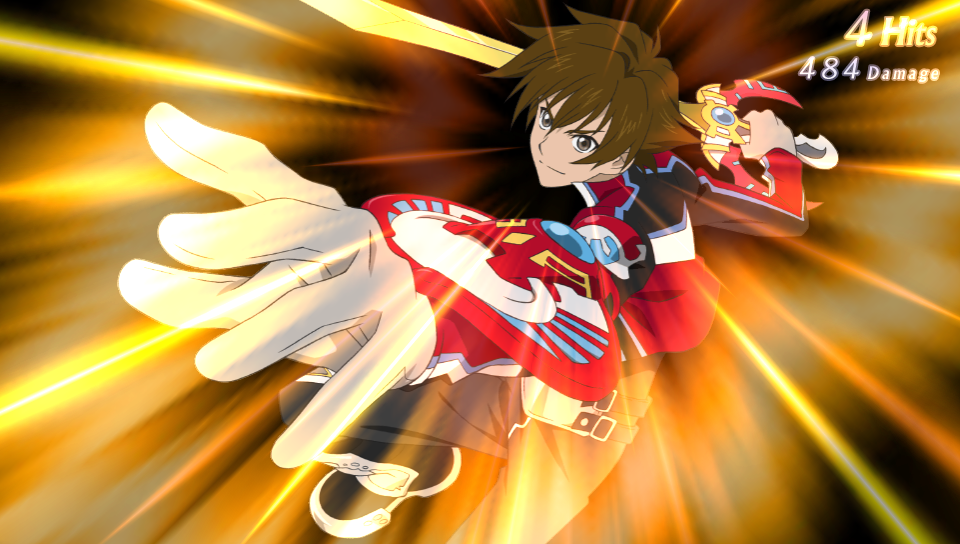 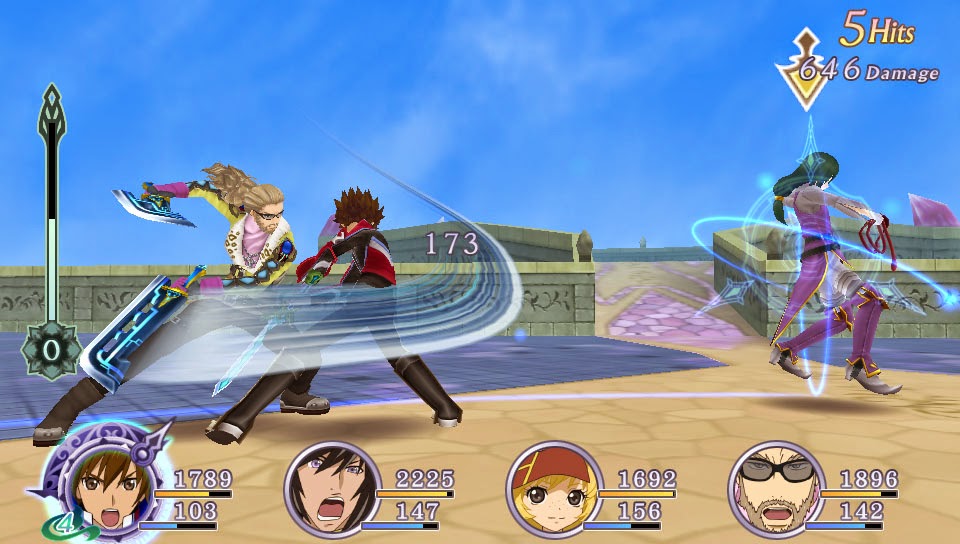 Very soon, we're racing around metaphysical crystal mazes, picking up skills and experience. There's loads to learn with Artes, Somas and Skills plus a range of Battle options plus your usual fancy load-out of equipment to fight the increasingly chunky line-up of fantasy buglets with.

The game's real-time combat is probably the standout visual feature from the video, you can drop in and out of the menus to pick attacks, then roam around dispatching little Jonny-bug-boy with your party's arsenal of weapons. Even so, it hardly seems to be pushing the Vita. 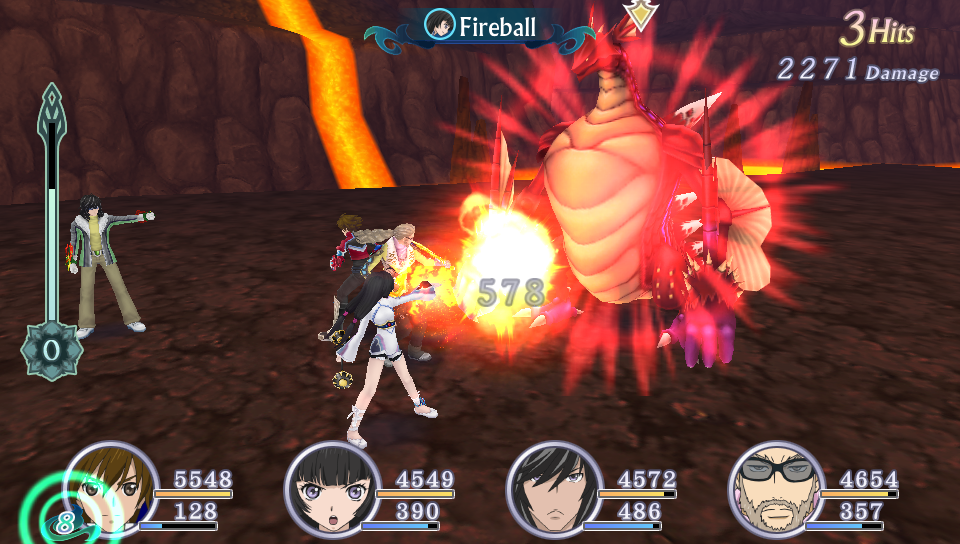 If I had to find something to dislike, the rapid cutting between and mix of anime and polygon-based characters is rather jolting. Otherwise, I look forward to building Mr. Meteor's skills up and exploring this ludicrously camp, but apparently massive, world. That's probably the highlight of any Tales game, and based on this quick look, there should be plenty to work with. 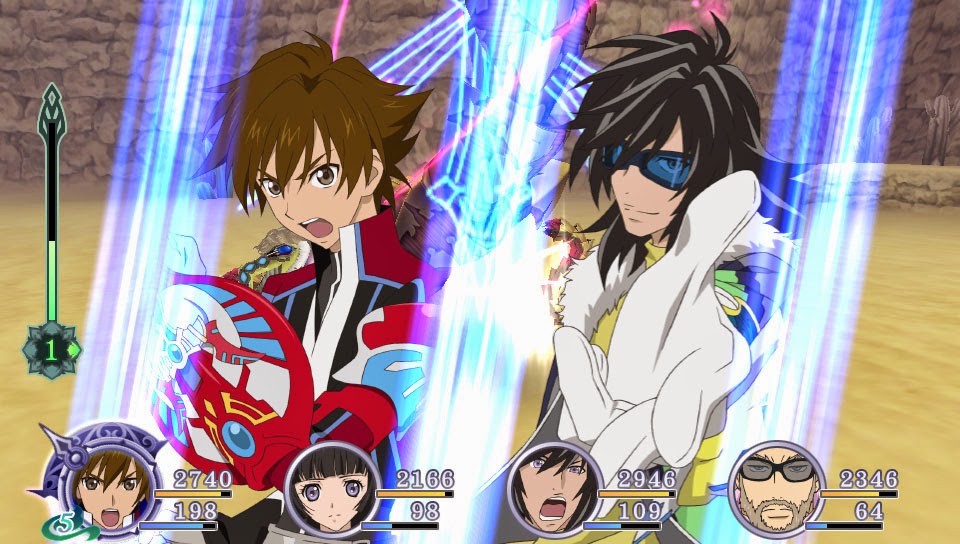 Tales of Hearts R has a Japanese voice track with English subtitles, so you have to pay a bit more attention than usual, I'll definitely turn the audio down as its mostly endless shouting! You can take or leave the witchy/magical plot, but running through the game should be good fun. Hopefully its success will see Tales of Innocence R get a showing over here.

Showing a fair effort at promoting the game, Bandai Namco have some neat extras. Don't forget to check out the pre-order goodies! Having recently loved the dungeons of Demon Gaze, I was more set on Operation Abyss, but this could well pitch me into the entire Tales of ... series with Bandai needing to feed me more!