on August 21, 2014
Okay, ignoring the fact that TxK is definitely NOT an adventure game, Sony is throwing out another bundled 8GB memory card to gamers, packing in Tearaway, Uncharted, Gravity Rush and Escape Plan as downloadables. Will they all fit on 8GB? Probably not. And where's a JRPG or something for diversity. The card and games costs €39 (£32).

There's also the console bundle priced at €199. Certainly a decent collection of games, but where's the Minecraft bundle I wonder? That's surely the one that would help sell a few Vita systems and generate some interest. 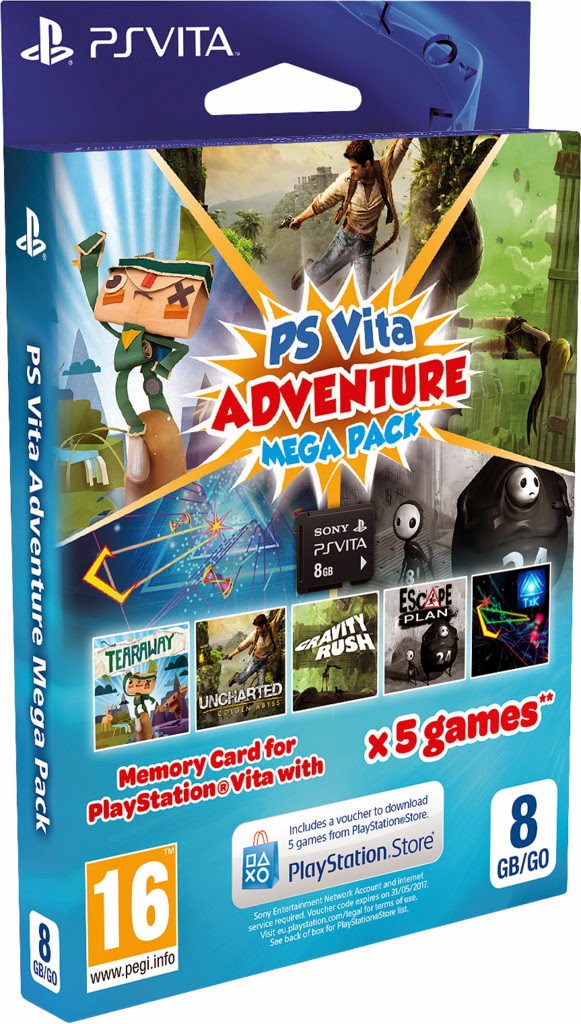 There are quite a few existing Vita bundles on Amazon, but stock seems low and prices have gone up, presumably as they run down to make way for the new season's offering.