on August 08, 2014
Good old NIS America, keeping the Vita flame fluttering with a new brawler and a cool visual novel that I've been keen on since the first Japanese shots. Since the announcement is for an EU release, guess we'll see more of these at Gamescom.

Tokyo Twilight Hunters. From the developers of Deadly Premonition, Tokyo Twilight Ghost Hunters is a visual novel that offers a unique battle system and an immersive tale of life, death, and the space in between. As an ordinary transfer student you start life at Kurenai Academy in Shinjuku. On your first day touring the new school grounds, you quickly encounter something supernatural, which throws you headfirst into the world of ghost hunting. You must come face to face with ghosts as you blur the line between life and death. 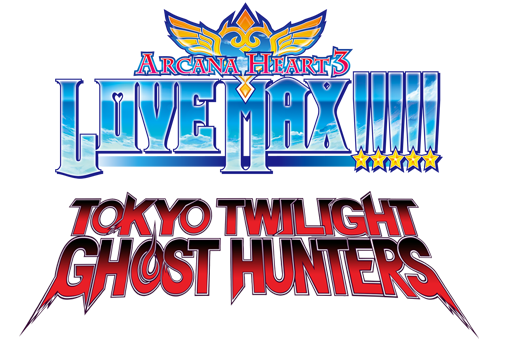 Arcana Heart 3: Love MAX is another update to the series, with the 2D fighter in 3D scenes adding rebalanced gameplay and new game modes. Mix and match each character with Arcanas (celestial beings) in order to figure out which combination works best for you while creating new deadly custom combos! Prove your skill in online multiplayer or enjoy the new content in story mode.