on June 05, 2014
Teddie will be disco bear at E3 for Atlus, as the company shows off its 2015 spin-off title for the Vita. That will be shown off alongside third-party titles including Citizens of Earth and an *Unannounced Title* that's coming to PS Vita, PS4 and PC. 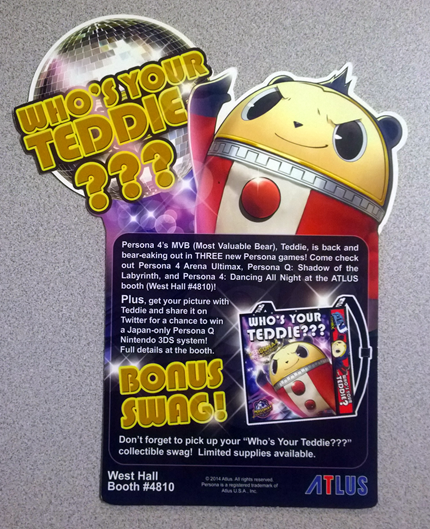 So, that's at least one new Vita game we're getting. Any guesses as to what it could be.
atlus dancing all night e3 new vita game persona ps vita teddie