on April 22, 2014
After Monday's PSN maintenance, some US Vita users saw a bunch of classic PSP and PSOne games appearing on the store, with the likes of Konami attributing it directly to the roadworks. Not all of them work, but some now work on the Vita that previously were PSP-only. Some over-excited posts are claiming "nearly all" games are there, but before you get too excited, there's certainly still no Crisis Core, Kingdom Hearts or the original Ridge Racer.


For our PS Vita users, you can now play #MGS Special Missions on your console thanks to last night's maintenance! Thanks @oldmario!
— KONAMI Europe (@konamieu) April 22, 2014

Scrolling or searching around the EU store on my Vita, I can't see much difference. However, if you check the website version, there seems to be more going on there, but not hugely. What all this means, we can only guess, but either Sony is trying to equalise its offerings around the world, or is preparing a decent push for the Vita as a classics machine. Perhaps the rise in digital sales through the indies has seen Sony note rising demand for the older games? 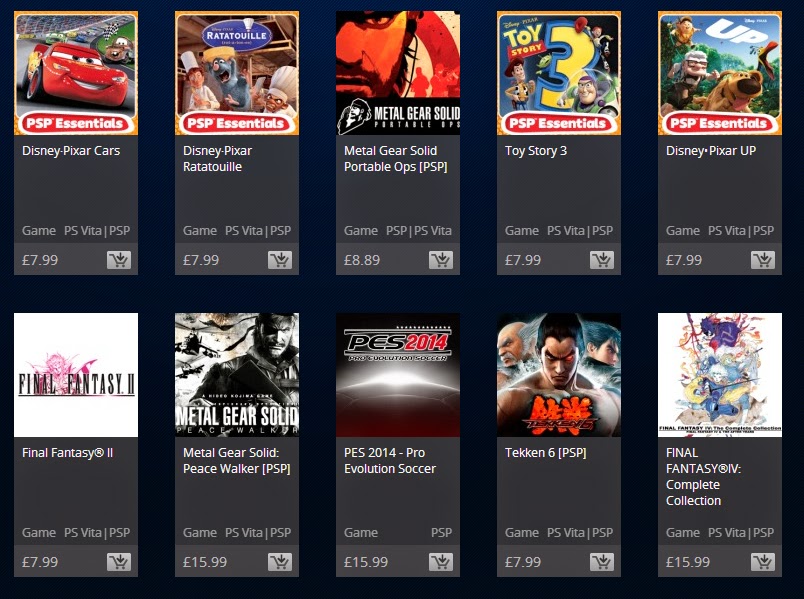 It could be a reaction to the recent US Flash Sale, which generated a lot of comments. Please comment if you've noticed or see anything new, or if anything grabs as a must buy.