Revenge of the Titans pops up on PEGI

on April 22, 2014
Curve Studios continues to push out the Vita hits, with Revenge of the Titans due for a summer release and now rated by PEGI as a 12, containing mild bad language - oh, the horror! The game and Titan Attacks (rated only a 7, oddly enough) were revealed as a dual-pack back in February, but Curve has since split them up to focus on each title. 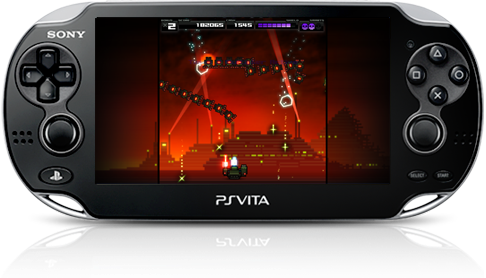 Things have been a bit quiet since the first news, with this PEGI update offering little info. Developed by Puppy Games and billed as the best Space Invaders tribute ever, there's plenty of info on the PC version, as we wait to see what the PS3, PS4 and Vita versions offer.
arcade curve studios indie ps vita puppy games revenge of the titans titan attacks