on March 06, 2014
Now listed on Amazon, Deception IV offers more twisted gaming fun on the Vita, setting traps to do in your rivals. Deception IV: Blood Ties lands in Europe on 28th March. Three demons, Veruza, Caelea and Lilia. represent a different aspect of cruelty: Sadistic Torment, Elaborate Death and Humiliating Demise, and they reward points and upgrades every time chief of evil Laegrinna chooses to use one of their traps to escape her rivals.

There are more than 120 different types of traps - including themed traps for each stage and enchanted moving trapmobiles - in Deception IV: Blood Ties and players can use a vast number of combinations to defeat those who try to harm them. Based on the result the three Daemons will judge and reward points for the best combo. For a better idea of the variety of combos and traps included in Deception IV: Blood Ties, Tecmo Koei launched today an sinfully indulging, interactive mini quiz that serves to determine each player’s individual style of evil! There, they can choose between spring boards, Iron Maidens, falling vases and more, watch them in action and discover which Daemon favours their choices as well as get information on their lucky trap based on their options. 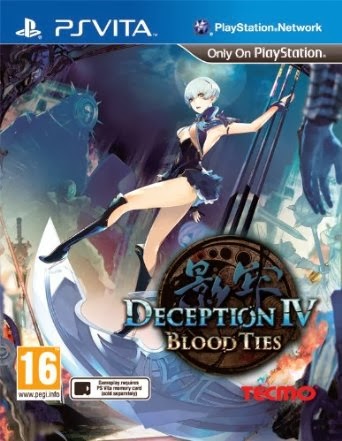