on February 26, 2014
In the mystical world of Japanese games sales, the Vita remains glued to 18,000 sales (with the PS Vita TV chipping in or 16,500 without). Assuming Sony were hoping for a boost from the launch of the PS4, then that hasn't happened, yet. Still, that's a continuing solid performance with some big games to come. 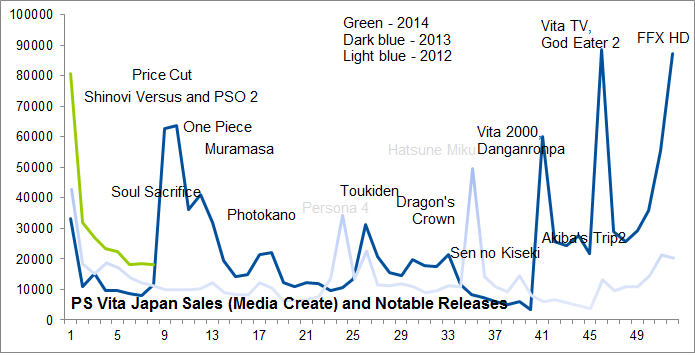 There are no Vita games in the chart, which is littered with PS4 releases, of which only the new Yakuza game really sold well. 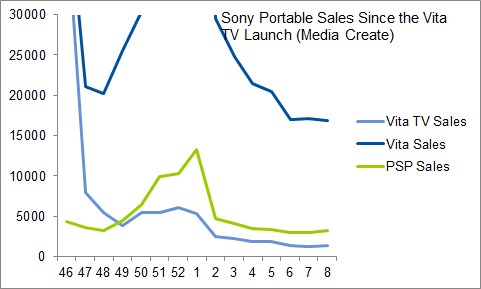