Vita off to the races in 2014 Japanese sales

on January 08, 2014
Early indications are the Vita sold over 88,000 units in Japan in the first week of 2014, on the back of the Japanese New Year holiday, according to Famitsu sales. On the games front, Final Fantasy X continues to sell well with another 35,000, and is likely sold out around Japan.. But its all downhill from here with only Dragon Ball Battle of Z lighting up January, until March when Hatsune Miku warms up her vocaloid tonsils.

UPDATE: Media Create pegged Vita and Vita TV sales at just over 80,000, so the green bar below slides down a little. Also added the Sony Portable figures at the bottom. 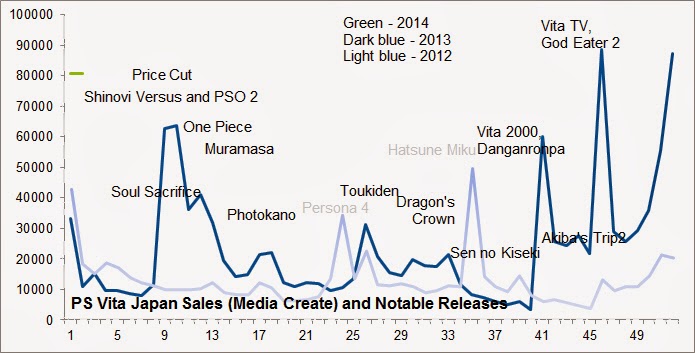 As you can see according to Media Create numbers, the Vita ended the year on a massive near-record high and the green line (upper left) shows momentum carried into 014. Below Vita TV sales remain static at between 5,000 and 6,000 but the PSP got a nice lift to five digits over New Year. 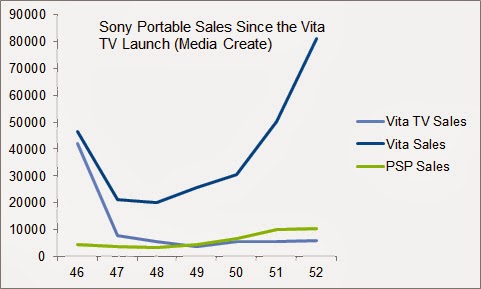