on January 15, 2014
After all the fun here comes the slow season. Few new releases and dying hardware sales. Last year, Sony's sales dived into a trough of sub-20,000 sales that it took most of the year to get out of. This time it dives back down from recent highs of 80,000 a week to just 30,000. That 'low' is about as good as most of the Vita's 'highs' from last year (big releases aside). I'd guessing the first two weeks of 2014, the Vita sold what it took until the end of February to hit last year. That's good - for Japan! 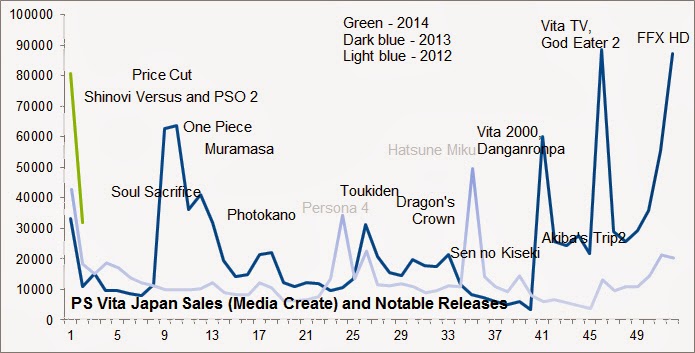 On the games side, Final Fantasy sales dived to 12,000, likely due to lack of stock, to cling onto the top 10. Vita TV and PSP also halved in sales with the new TV dongle starting to suffer very badly. If this is the PSP's final year, it has done Sony proud. 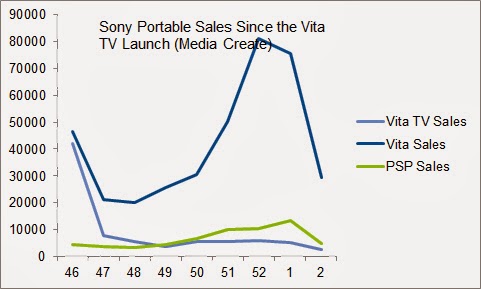