on January 15, 2014
Almost a year ago, Unity announced its developers could bring games to the Vita by an updated SDK with access to the handheld's many functions, PSN integration and other features. After lots of testing and a few games announcing for the Vita including Vektor Wars, Forgotten Memories, and a few Kickstarter projects, the tools are live.

To developer for PlayStation Mobile, coders can use a regular PS Vita, to developer PSN games, they need a Sony dev Vita and all the usual contract gubbins. 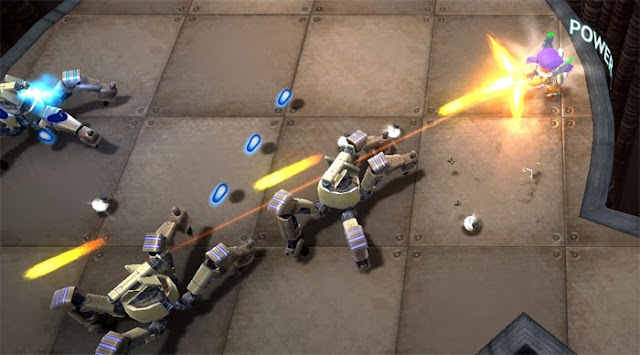 That should spark a host of new games coming to both PlayStation Mobile and PlayStation Network, to support the weak western dev scene. The Vita option on the Unity game list is currently a little light, with Pavillion, Assault Android Cactus (pictured) and Stick it to the Man on display. But have a browse of the other formats for some of the games we could get, especially as the mobile games market continues to get swamped with free-to-play, micro-transaction-laden crud.