Japanese sales dig in for the winter, as the Criminal Girls arrive

on December 04, 2013
Just four weeks to go in the year and the Vita plus its TV pal remain stable at around 25,000 sales combined, 20K for the Vita, 5K for the TV unit. Final Fantasy X HD should give things a kick to the end of 2013, but its certainly been a better year overall for the Vita, while still far from a winning brand. 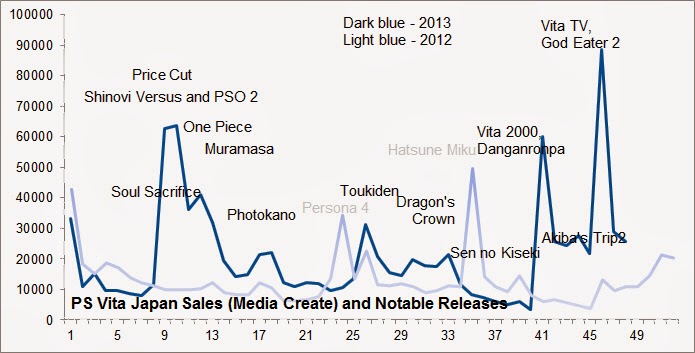