on December 17, 2013
As has been explained, this RPG probably isn't quite what you think it is from the title. Instead, Conception II lets you play as a teenager imbued with the power of the Star God. fighting monsters and halting evil, all the while maintaining relationships with the game's seven heroines to create Star Children, who can join in the fight.

ATLUS has pre-orders and limited first-run availability of Conception II that will come in a special box and include a 10-track CD arrangement, composed by Masato Kouda. 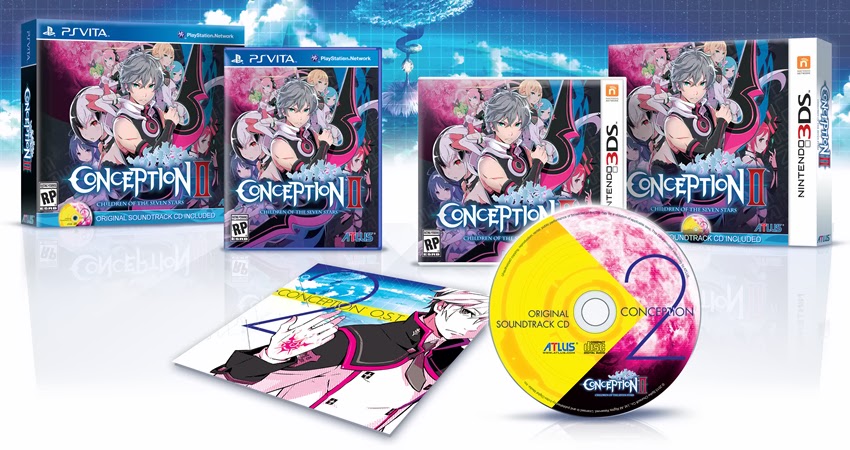 The box and CD are guaranteed to US pre-orders from participating retailers and for a limited time after the game's launch in spring 2014 for the PlayStation Vita and Nintendo 3DS. The game will be $39.99 for either version. More details will be on the game's official website at atlus.com/conception2. Hopefully Europe will get the same deal.
3ds atlus conception 2 limited edition masato kouda ps vita psn sony