Vita sells another 25K in Japan

on October 23, 2013
The Vita version of FIFA 14 made a suitably inauspicious entrance in the latest Japanese charts, outside the top 20, while the PS3 version managed a top six spot, suggesting that Japanese gamers aren't being fooled. Danganronpa Reload clings to a top 10 spot, just, but things get busy again soon. 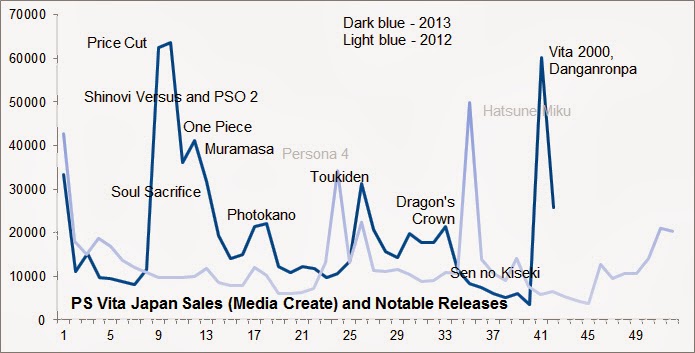 The new Vita itself sold almost 25,800 units according to Media Create, and with a hot roster of games to come over the next month, should be pushing past 2 million lifetime units in Japan pretty quickly, and we still have the Vita TV to come.
fifa 14 japan media create ps vita sales sony vita sales vita unit sales